EXPRESS – 03/24/2020: Melania Trump is supporting her husband in all spheres of life. She was a bit late in entering the fight against the coronavirus, but she entered it nonetheless. Both she and Donald Trump are doing their best in stopping the COVID-19 pandemic. In the process, POTUS was tested for COVID-19, and the results came back negative. But what about the First Lady?

If you didn’t know, Melania also underwent a coronavirus test. She did her’s at the same time when President did, but we never hear anything about the results. Because of this, the speculations about whether she is positive or not started circling the net. The first rumors that Melania Trump might be affected surfaced last month. 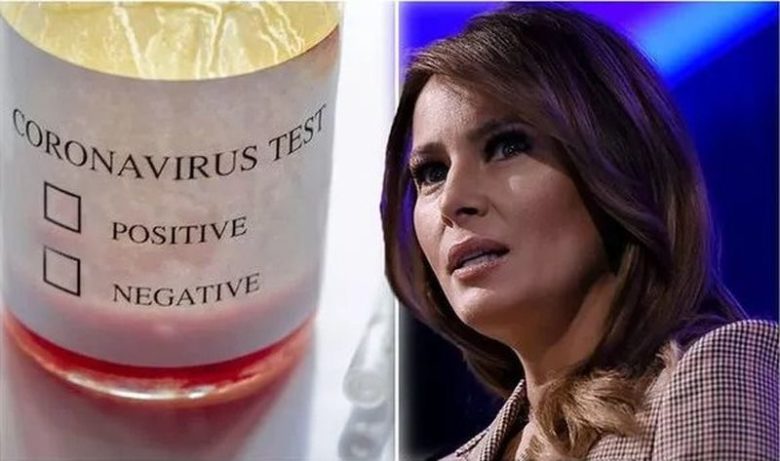 Melania was with Donald at his Mar-a-Lago resort in Florida, where they both spent time with people who were later positive for this virus. The named resort is now closed after at least three persons who spent time there were tested positive for COVID-19.

Read Also: That Time When Melania Created an Optical Illusion With Her Clothes

The First Lady never spoke about her results, but POTUS did. During his address to the public on Monday night, Mr. President stated that Melania’s results came back the same day as his did. When a reporter asked did she got the results back, Donald said that she did and that she was fine.

The entire situation was clarified by White House press secretary Stephanie Grisham who said: “Mrs. Trump got tested the same night as the President was tested, out of an abundance of caution.” Grisham confirmed that the test came back negative.

We could have guessed that the test came back negative as in recent days, the former supermodel was making more public appearances and was more involved in the anti-coronavirus campaign.

Only a few days ago, she made a video o encourage all Americans. Among other things, the First Lady said: “Stay safe and remember, while many of us are apart, we are all in this together.”

Queen Elizabeth Is Isolated From Other Royals