Ivanka Trump Shares a Set of Bizarre Photos on Twitter

EXPRESS – 02/03/2020: Ivanka Trump had a good time in India. She didn’t hide this fact, and numerous photos on her social media account prove this. But, as it’s usually the case with social media posts, there was a joker in the crowd. Thanks to a number of photo-shopped photos that started circling the net, Ivanka found time in her busy schedule to take a good laugh.

During her time in India, the first daughter visited many famous sites with her husband, Jared Kushner. The pictures that attracted the most attention are those taken in front of the Taj Mahal. This monument is a symbol of love, and before Ivanka, many famous persons took photos there, including Princess Diana. 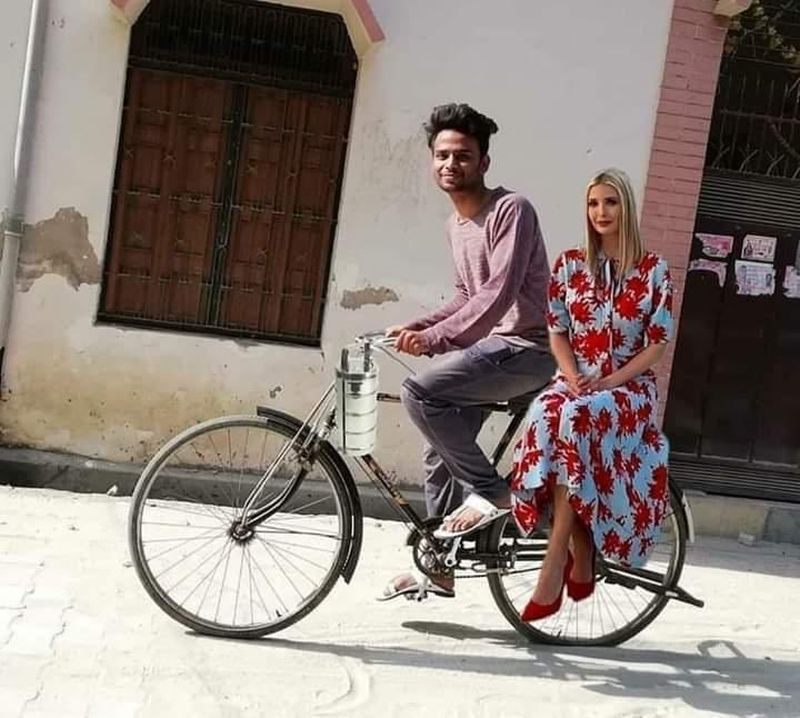 Together with Ivanka, Donald Trump and Melania Trump were also there. The family took photos together, but Ivanka later decided to take a couple of solo pictures. These photos were later photo-shopped, and they show various people along with Ivanka.

Ivanka didn’t take this the wrong way and decided to share the newly made photos on her Twitter account. The first daughter captioned the first post with: “I appreciate the warmth of the Indian people…I made many new friends!!!’’

Thank you for taking me to the spectacular Taj Mahal, @diljitdosanjh! 😉

It was an experience I will never forget! https://t.co/VgqFuYBRIg

In the second one, she’s accompanied by a man in front of the Taj Mahal, and Ivanka decided to thank him by writing:’’ Thank you for taking me to the spectacular Taj Mahal, @diljitdosanjh! It was an experience I will never forget!’’

I appreciate the warmth of the Indian people.

…I made many new friends!!! https://t.co/MXz5PkapBg

The man who is on these photos with Ivanka is a famous Indian actor Diljit Dosanjh. When he first shared the post, his caption, when translated into English, was: “She was after my life to take her to Taj Mahal, so I took her, what else could I have done?”

Everyone had a good laugh, and Ivanka must be happy she’s popular in this mots populous world’s country.

Tips for Vacation in Leh, Ladakh 2021

Donald Trump Insinuated That He Wanted Obama To Contract Ebola