NEW YORK POST – 05/18/2020: Los Angeles Chargers parted ways with their veteran QB Philip Rivers, and people expected them to pick up a new starter during the free agency. One of the players who was linked with Chargers was former Carolina Panthers star, Cameron Newton. But, to the surprise of many football fans, they kept Tyrod Taylor as their starter.

Chargers head coach Anthony Lynn claims he’s satisfied with his QB room: “I feel really good about the quarterback room that I have with Tyrod Taylor, Easton Stick — those are guys that a lot of people don’t talk about.” 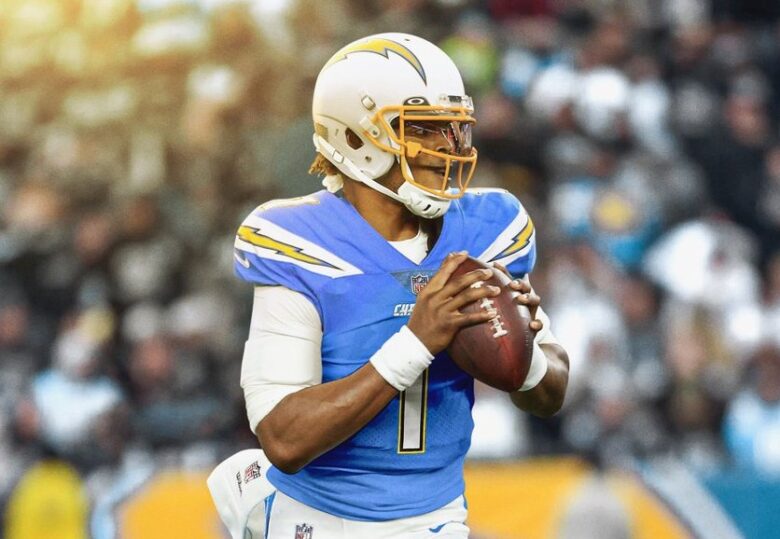 Lynn continued by saying: “With [Stick] and Tyrod Taylor and knowing we had the opportunity to get one picking sixth in the draft, all those decisions came into play when talking about Cam.”

Read Also: Can New York Jest Get a Deal Done With Star Cornerback?

Los Angeles Chargers are not the only team that passed on Newton. The former No1 draft pick remains a free agent, as most teams have their starters in place. Furthermore, it’s believed that Cam’s asking price is too high for most organizations and that he’s not prepared to play second fiddle for anyone.

During the interview with Zach Gelb of CBS Sports Radio on Saturday, Lynn praised Newton: “Absolutely, Cam is a tremendous quarterback. He’s been MVP of this league, he’s led his team to the Super Bowl, and he’s healthy now from what I hear. Cam is going to be on somebody’s roster, and he’s going to help somebody win a few games, but yeah, we did take a look at that, sure.”

In addition to the two quarterbacks mentioned above, Chargers also drafted Justin Herbert from Oregon. Their sixth pick from this year’s draft is considered as the future of the franchise who will take over if Taylor starts the season on the wrong foot.

James Woods Backs Donald Trump For Another Term in Office