The Holiday season is just around the corner. You know what that means, right? Time to gather around that huge Yule log, exchange gifts, share moments of love and merriness, soak into eggnog pies – and curl up on the couch and enjoy some family-friendly Netflix movie nights.

Netflix USA has got a pretty exciting line-up of titles to grace your 2022 Holiday season. With everything from the animated adventures into the world of video games, an inspiring tale of an underdog sports team, to the classic 80’s throw-you-off life teaching moments, there’s a lot to take in. And no matter which one you decide to put on your telly, you are guaranteed to have a great seasonal cheer with your loved ones.

US Netflix blocked in your region? No worries; Howtowatchinaustralia.com suggests an easy way around. Just fire up PureVPN, select American Netflix from the available servers, and get watching with no problems. You can read their full PureVPN review here.

All ready? Then let’s dive right in!

Ralph and Vanellope have been best friends since the events of Wreck-It Ralph. And while Ralph is pretty happy with his new life, Vanellope has started to grow restless. After having mastered all levels of Sugar Rush, she craves for something new. Ralph decides to help Vanellope out and creates a new track for her in the game. Unfortunately, this upsets a human player, who ends up breaking the cabinet’s steering wheel. Mr. Litwak, the arcade owner, decides to shut down the game, realizing he won’t be able to afford the part. All Sugar Rush’s characters are now homeless, and Ralph and Vanellope must travel through the internet to find a solution.

Herb Brooks, a player turned college hockey coach, has been given the keys to the US men’s national team for the Olympics. It’s a ragtag squad, filled with hot-headed players, whom Herb must train to achieve the impossible. Above all, they are up against the Soviets, the favorites of the tournament. Witness a nation coming together in this epic tale of passion, hope, and courage to beat the odds. Named in the Top 10 Sports Films by the American Film Institute, Miracle is one hell of a ride you and your family won’t want to miss out on this festive period.

Siblings Kate and Teddy unexpectedly find themselves hiding in Santa’s sleigh. And they now must help him to deliver the presents before the time runs out, or the Dark Ages will return. It’s not going to be easy though, as the sleigh has broken down, the reindeers have scattered, and the gift boxes are lost. Join Kate, Teddy, and the real Santa (played by Kurt Russell) in their hilarious misadventures and live the Christmas spirit to the full. A perfect family Christmas movie for people of all ages! 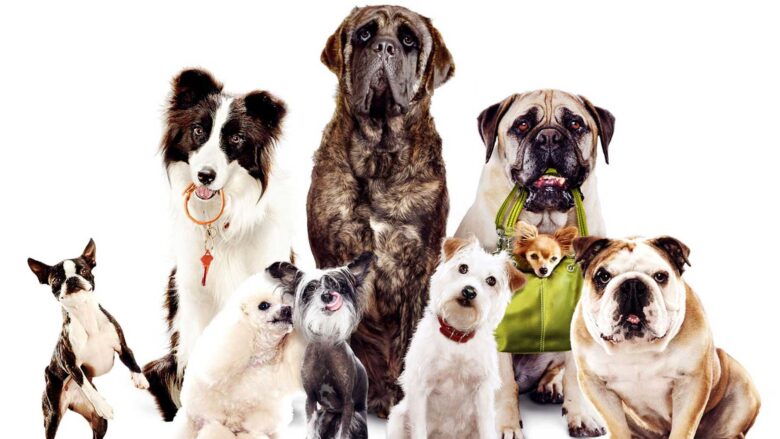 Teen orphans Andi and Bruce live in a foster home where animals are not welcome. But little do their foster parents know about their canine friend, Friday, who they’ve been secretly petting through the last three years. One morning, Friday goes missing. Worried and desperate, the two kids set out in his search and finally find him in a nearby pound. Relieved, they decide to do something about it once and for all and transform an abandoned hotel into an ideal shelter for Friday. With time, they get more strayed dogs in, but soon the neighborhood is alarmed of their plans. It’s now up to Andi and Bruce to save their furry friends from being sent to captivity.

Angela’s Christmas is the story of a young, brave girl who sets out to rescue the Baby Jesus from a horrific nativity scene. It perfectly portrays the superstitious beliefs of church-going folks back in the early 20th century, while making sure you are never out of laughs and aww moments in a half-an-hour anime roll-out. A beautiful adaptation of Frank McCourt’s award-winning Angela and Baby Jesus children book, it is sure to make even the most cynical of hearts appreciate the purity of innocence and family love.

Pee-wee Herman has never been out of his hometown. However, insisted by his actor-friend, Joe Manganiello, he decides to travel all the way to New York to attend Joe’s birthday party. What follows is a series of gut-busting comical events, where Pee-wee either finds himself assisting outlaws to escape from the police (without even knowing it) or fleeing from a Greezly’s cave who earlier promises to show him the way out of the woods. Oh, and did we mention Pee-wee almost got accidentally married on his first big holiday?

Matthew, Simon, John, and Peter are the Buckle boys. Their common enemy? The Hagbarts, who bully them at school. The four brothers absolutely loathe them. And when Mrs. Buckley tells their sons that they would be “elfing” the Hagbarts this Christmas, they come up with a grand scheme to get the meanest revenge. But will they succeed, or the lesson to do good to others taught to them by their mother will force them to reflect back? Find out in this heart-warming family flick.

So cozy up this Holiday season and order a bottomless jar of family entertainment on Netflix USA. We’ll see you next year!

Top 3 Games That Flopped And Recovered In 2022