Eva Mendes is not offended by the comments that she is getting older. Recently, the mother of two, took a humorous response on Instagram to a rambling comment that she was old, thanking the troll for reminding her that she is “still here.”

Speaking to People at the Create & Cultivate fete at Rolling Greens Los Angeles, Eva, who turns 46 next month, explained why she had so elegantly slammed the Internet troll. 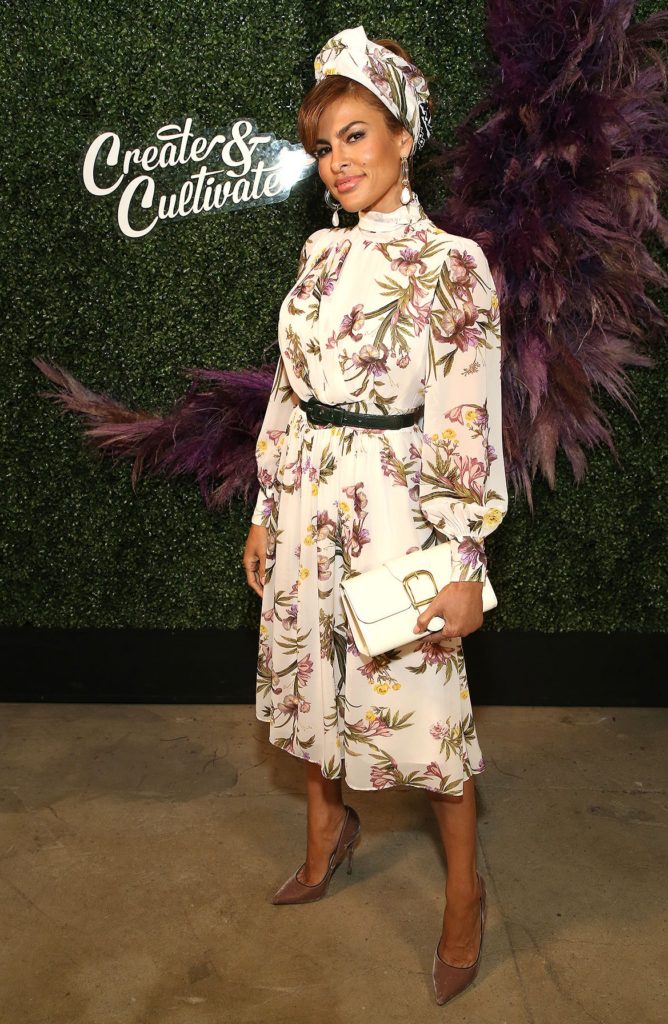 “I was excited by the reaction because in no way do I think that person that left that comment about me getting old was being malicious”, she explained. 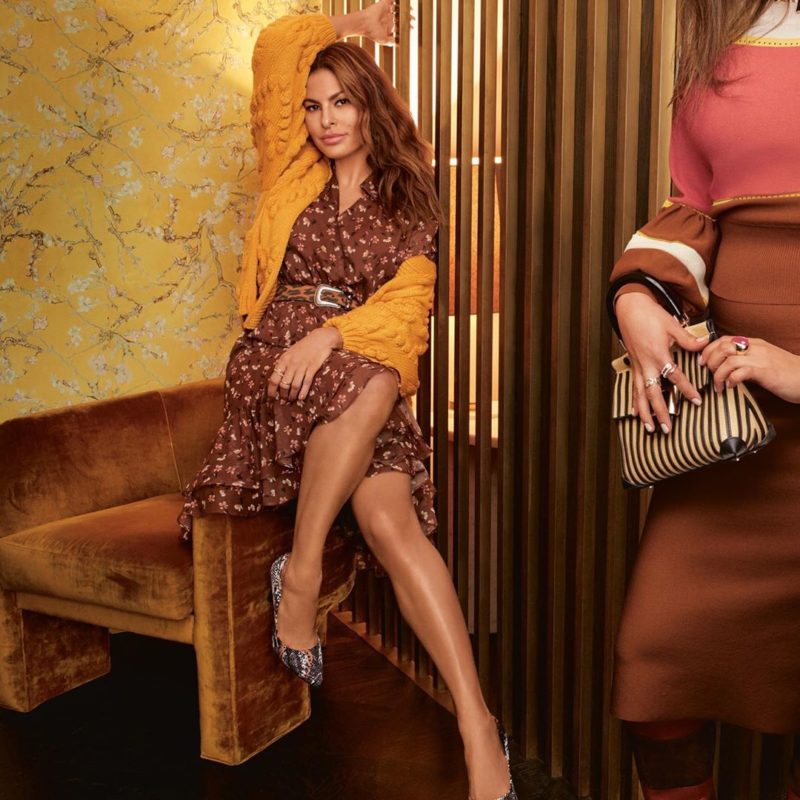 Mendes continued: “I do not think it was a malicious comment, but I think it’s more dangerous because it wasn’t malicious because it’s just ingrained in society that getting older is something we should either fear or be ashamed of”.

She thinks that the attitude “not to ask a woman how old she is, is archaic”.

Oh what? You guys don’t do this while you’re sitting at a museum taking in the art around you? Yea right, feed it to the dogs?⠀ But for reals, I’m loooooving this sweater set. THOSE sleeves! London sweater meets the Denver skirt. Link in bio if you care…?

“If you ask me about my age, I’ll be happy to answer. I’m about to turn 46, and that shocks me a little”, beautiful Eva said. 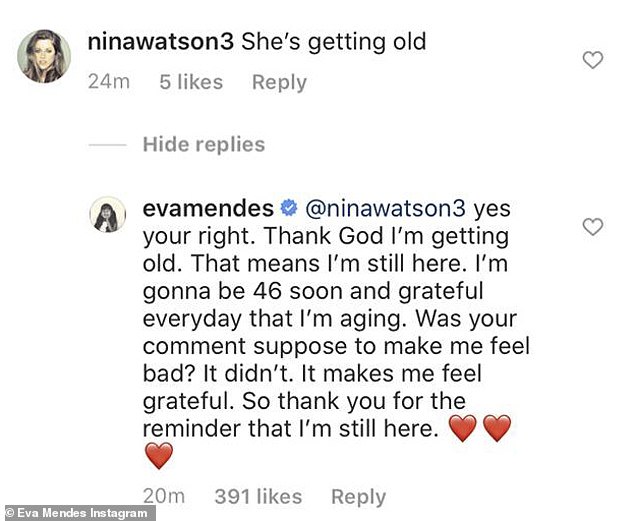 The actress, who has daughters Esmeralda, 5, and Amada, 3, with actor Ryan Gosling, said: “But I’m proud of that”.

“I want to show you that I take it as a compliment because I’m still here. And I have, you know, instead of saying I am 46, I wish we could change it, and I wish I could say: “I have 46 years to me” because in Spanish it’s very beautiful”, she said. 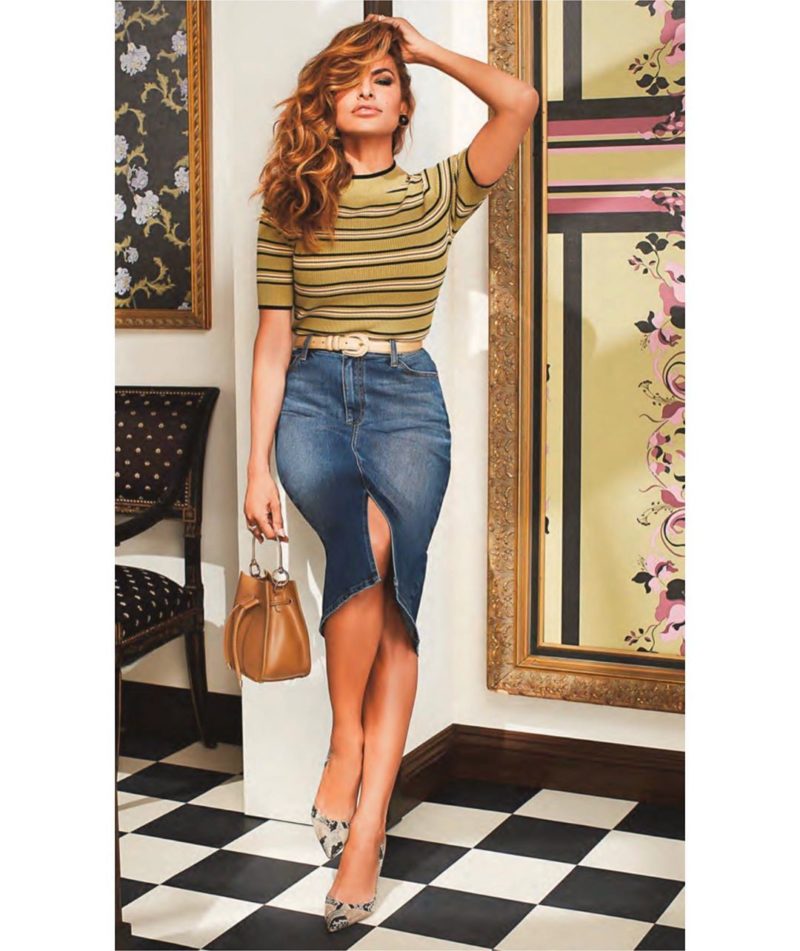 “It says you say: “Tengo cuarenta seis años” I have 46 years and in English I know, it’s a little, you know it’s semantics, but it’s important”, Mendes added.

Eva Mendes concluded: “It’s like I don’t feel 46, but I do feel like I have 46 years of experience to me. I just find that so empowering.”

Oye!!!! Our Seraphina lace dress Is no longer avail in this color but we still have it in Burgundy !!! It’s online and under $44!!! I’m telling you this dress is my favorite fit ever. It covers certain areas I rather have covered like my weird elbows and janky knees. ⠀ And it cinches the waist. Shows zero cleavage so it’s kinda got a more conservative sexy look. Hope you love this as much as I do! Disponible ahora! ?

Demi Lovato Stuns Her Fans With a No-Makeup Selfie