Home Family 10 Celebrity Women Who Had Babies After 40
Family

Getting pregnant and having a baby, for many women, is the greatest gift they can get. Even though some people say twenties are the best age for having a baby, some women decide to have babies later on. No one can tell if having a baby at 21 is way too early, or way too late at 50, but everyone should have a choice of choosing what is best for them.

It is not an odd that many successful women decide not to have babies before they are accomplished in their careers, and there are cases they get pregnant in their late thirties or forties. There is also a possibility of having babies and being a successful woman, and there is nothing wrong with having a baby in your twenties, but these women decided to put their career first.

Some of them regretted not having children sooner, but they are nevertheless happy their long dream came true. So here is a list of 10 celebrities that decided to become a mom after 40. 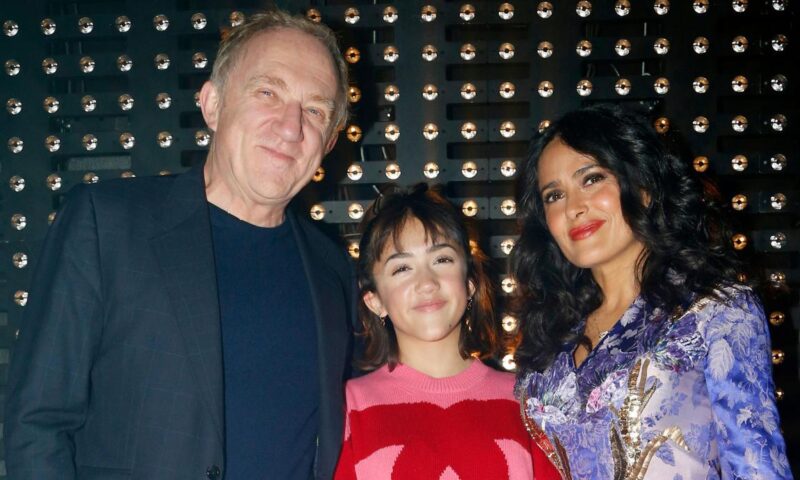 Salma Hayek gave birth to her daughter Valentina Paloma when she was 41. Her husband François-Henri Pinault already had 3 children, from previous marriage and relationship, and Valentina is Salma’s only daughter. She once said that having her daughter in her 40’s was a blessing and that she wouldn’t probably be a good mother when she was younger. 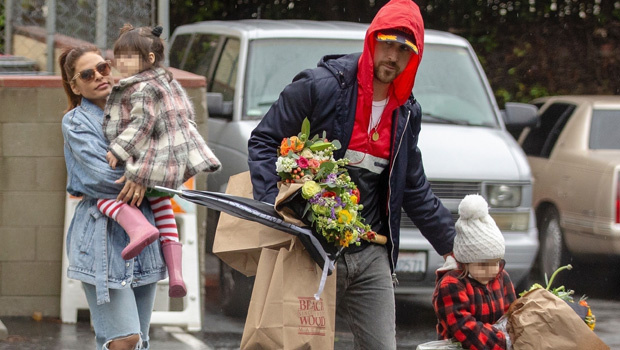 Eva Mendes and Ryan Gosling welcomed their first daughter Esmeralda in 2014, when the actress was 40 years old. Their second daughter Amada came two years later and the couple couldn’t be happier. They are both very private about their life and family, and Eva is completely dedicated to her daughters leaving her career aside for now. In one interview she explained how exhausting she’s feeling with two little girls, so it’s not odd she took a pause from work. 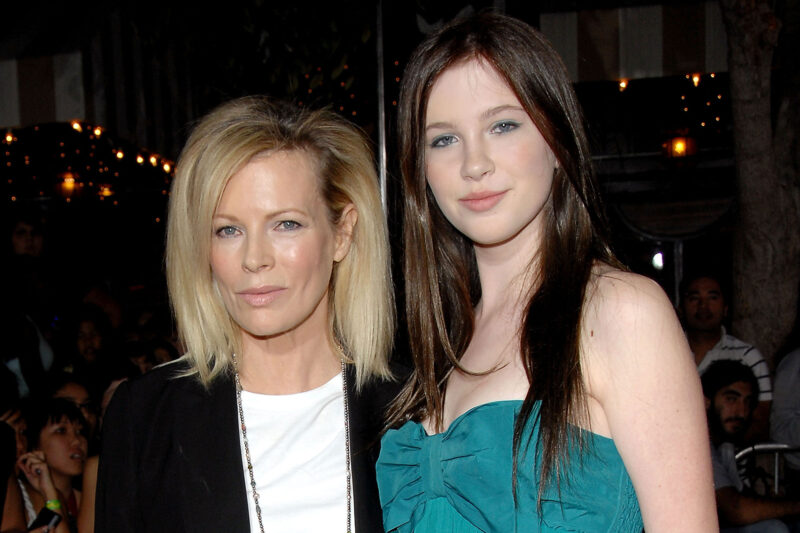 Kim Basinger and Alec Baldwin were married for 11 years, and they got their daughter Ireland Baldwin in 1995. Kim was 41 at that time, and this is her only child, while Alec has 6 more children with his new wife Hilaria Baldwin. 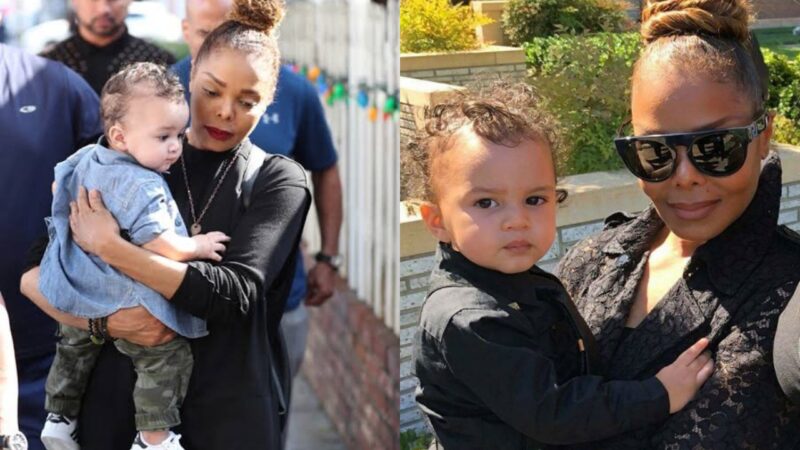 Janet Jackson is one of those celebrities who were lucky enough to get pregnant in their later years. She was 50 when she got her first and only son Eissa Al Mana with her then husband Wissam Al Mana. They divorced in 2017.

When Laura was 49, she and her husband Marc Schauer announced she gave birth to a baby boy named Bennett Armistead Schauer. There was some speculation that they got him by surrogacy as Laura was never pictured with a baby bump. She later explained she wanted to keep her pregnancy a secret because of her age and the health of her baby. She is still very private and private about her son, with no pictures of him online. 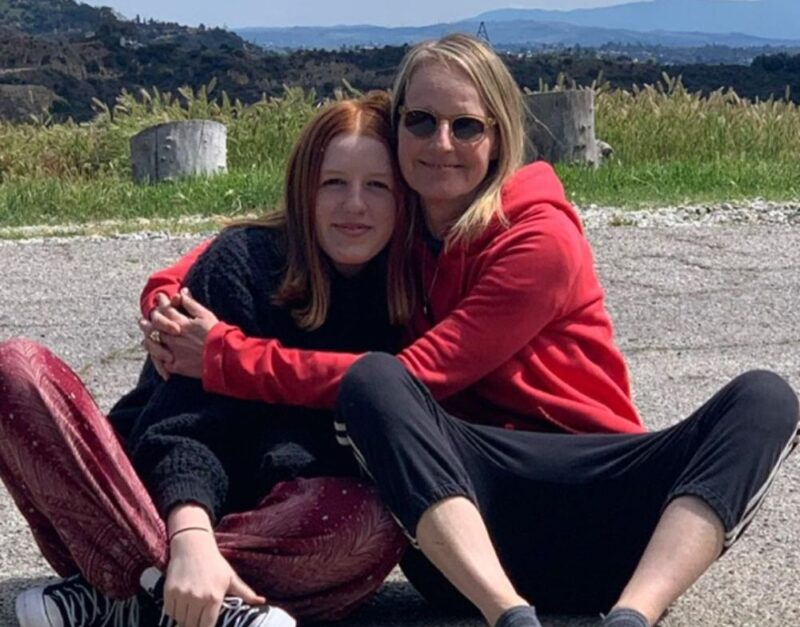 Helen Hunt is one of those women who struggled for a long time to have a baby, and after so many failed attempts she and her then boyfriend Matthew Carnahan were thinking about adopting. Thankfully, Helen got pregnant at their last attempt and gave birth to a daughter Makena Lei Gordon Carnahan at age 40. 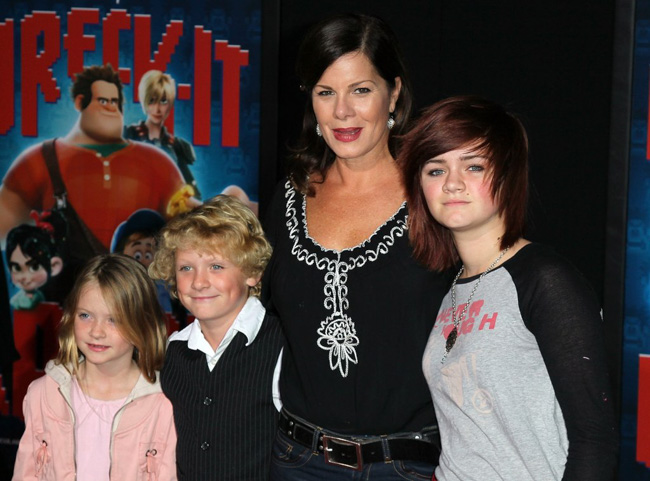 Marcia Gay Harden gave birth to her first daughter Eulala Grace Scheel when she was 40 years old. She later had 2 more children, twins Julitta Dee Harden Scheel and Hudson Harden Scheel. She’s always been supportive towards her children, even after her son declared himself gay. 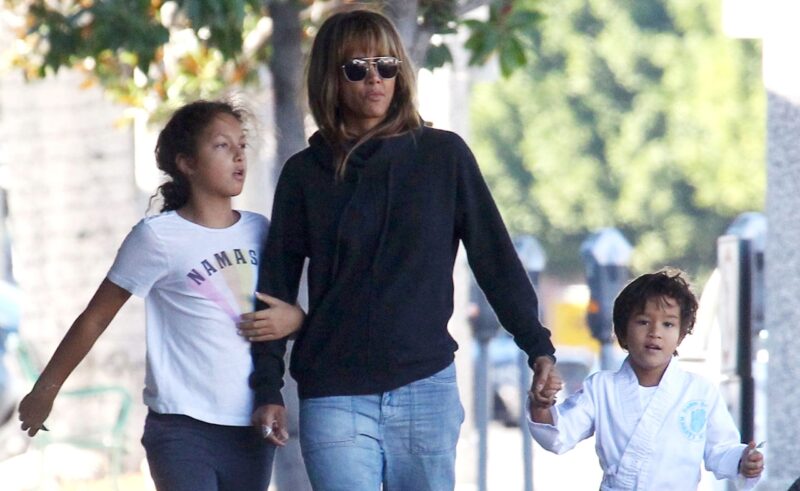 Halle Berry is one of those cool moms even though she had her first daughter Nahla when she was 41. Nahla Ariela Aubry is her only child with Canadian model Gabriel Aubry. She had her second child, a son Maceo Robert Martinez with actor Olivier Martinez at age of 47. She was always saying she wasn’t ready to have children in her earlier years, and she made no regrets having children this late. 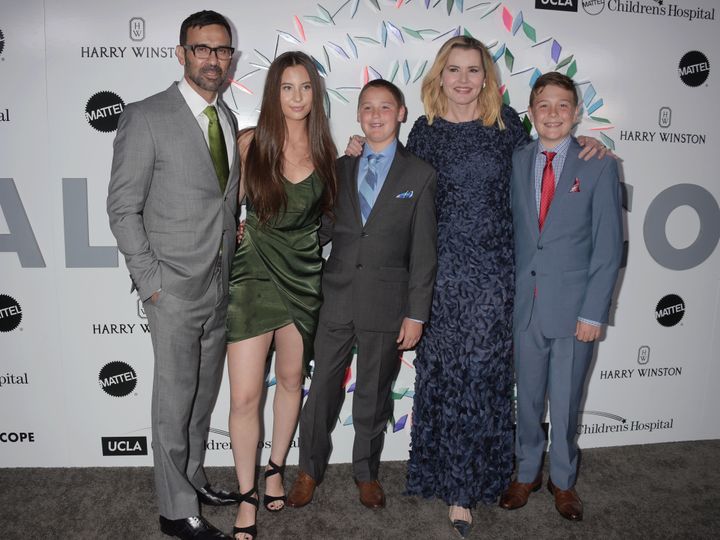 Geena Davis has three children with her ex-husband Reza Jarrahy and all of them were born after she turned 40. Her first daughter Alizeh Keshvar Davis Jarrahy was born when the actress was 46, and two years later, she had twins Kaiis Steven Jarrahy and Kian William Jarrahy. She was always happy being a parent at 40’s, and said the children came exactly when she was ready for them. 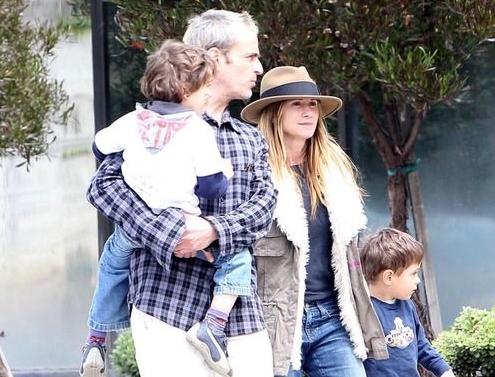 Holly Hunter and her partner Gordon MacDonald got twins in 2006. Press and Claude MacDonald were born when the actress was 48 years old. She was scared how difficult it would be to raise twins, but now that the boys are all grown up, she couldn’t be happier having twins.

6 Ways How Explainer Videos Can Help Your Business Grow