Earvin EJ Johnson, son of legendary Los Angeles Lakers star “Magic” Johnson, became famous after the appearance in reality TV show “Rich Kids of Beverly Hills”. After the reality series, EJ had his spin-off named “EJNYC”. It was the first reality show ever to portray LGBT people of color. 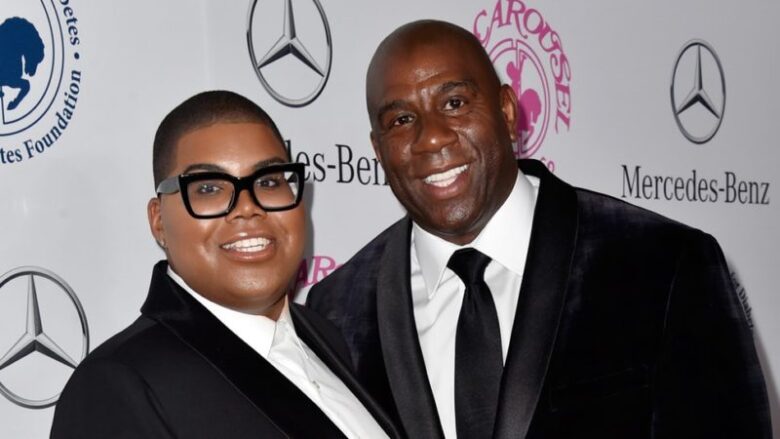 The 27-year-old gender-flouting role model EJ Johnson publicly came out as gay in 2013. EJ, who is named after his father, now has a significant spot in pop culture, mostly as a remarkable dresser.
Here are the top 10 facts you should know about EJ Johnson.

Also read: EJ Johnson Stunned Everyone at the Premiere of Charlie’s Angels and LA

1. He came out after a TMZ report

After TMZ posted a video of EJ holding hands with his best friend Alessandro Monetti, in which TMZ claimed they were in a relationship, Magic Johnson’s son came out publicly as gay. EJ said at the time that the public revealing of his sexuality came “a little sooner” than he expected. He was 17 when he was dealing with both positive and extremely negative comments to him being openly gay.

2. His father wasn’t supportive at the beginning

When Magic Johnson found out his son was gay, he cried. His wife and EJ’s mother Earlitha “Cookie” Johnson admitted that dealing with her son’s sexuality hasn’t been easy. She revealed her husband reacted harshly.

EJ’s father did not receive the news well. “He hurt my feelings, and I know he hurt our son’s feelings too”, Cookie said at the time, although she was also initially conflicted as a churchgoing Christian.

EJ Johnson later said that after that conversation, his father came for him, took him out to dinner and told him everything would be okay and hugged him very hard. Magic later issued a statement: “Cookie and I love EJ and support him in every way”.

Young Johnson has repeatedly said in the media that he is fortunate to have the support of his family always.

Happy Mother’s Day to her majesty @thecookiej I always tell you every kid like me deserves a mother like you. You always encouraged me to be myself even though others told you not to. You taught me I was worthy of unconditional love as well as a lifetime of blessings and abundance. Because of you i know I am loved I am worthy and I am divinely protected 👸🏽❤️❤️❤️

In an interview for “Red Table Pink” Cookie Johnson said that she knew her son was different when he was 3. “He wanted to wear princess costumes to school and later on”, she stated. He loved to wear her shoes and to pick flowers in the outfield while playing baseball as a child.

“I remember being, like, 4 and 5 and playing in my mom’s closet,” EJ said, adding “But also asking questions like ‘Who’s this?’ and ‘What’s that?,’ and my mom explaining to me, ‘This is a Chanel and this is a Versace.’”

4. He found out that his father is HIV positive by reading it in a book 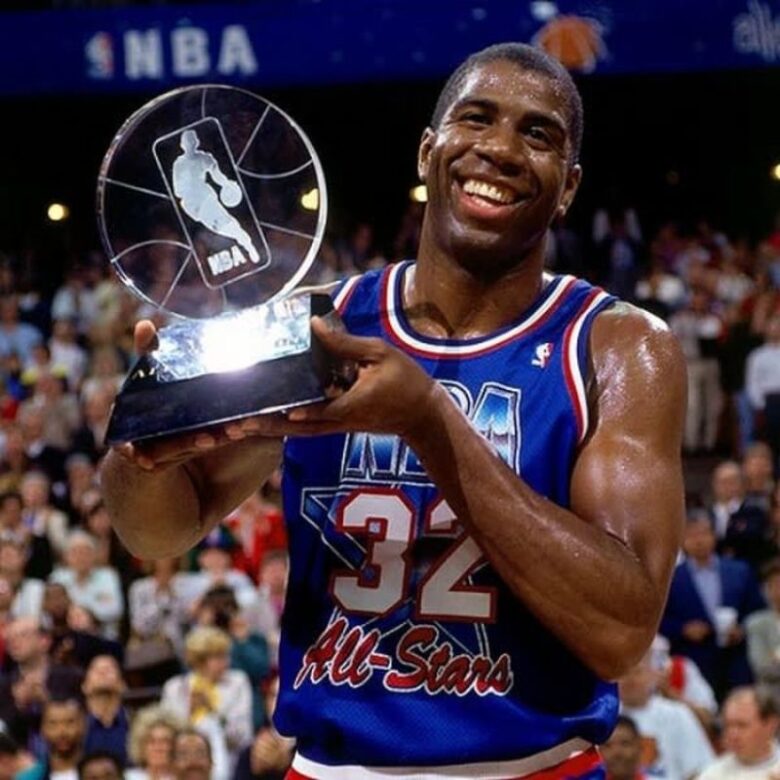 When Cookie was two months pregnant with EJ, Magic Johnson made a public announcement that he was HIV positive and that he is retiring from the Lakers. EJ was born amid not only a family health crisis but also marital turmoil between his parents. It was revealed that Magic Johnson had an extra-marital affair which resulted in his HIV diagnosis.

EJ was unaware that his father is HIV positive until elementary school when he stumbled upon a reference of Magic Johnson in a book while doing a book report. “The school called my mom and was like, ‘We don’t know if you want him to do the book report, because it talks about the HIV.,’” he said, adding “I think it was at that point that they told me that he had been sick and he’s a lot better.”

Johnson has been studying event management and hospitality at New York University. He graduated with a degree in “event management and design with an interest in fashion, journalism, and media.” When he joined the “Rich Kids of Beverly Hills”, he was still a student in NYC.

In the season finale of the reality show, EJ Johnson revealed that he lost about 180 pounds after he underwent gastric sleeve surgery in 2015. “The surgery was definitely the best thing that ever happened to me. I never thought that I’d look this good, and that is God’s honest truth”, he said at the time. EJ Johnson once weighed about 360 pounds.

7. He is in the pursuit of a fashion career

EJ is planning to start his fashion collection. He is known as fashion-forward and gender-fluid, so accordingly, his style is extravagantly androgynous.

“I don’t think the fashion world has made any type of major huge strides, where we need to start commending anybody yet,” Johnson said.

8. He has no plans to transition

Contrary to media speculation, EJ never considered transitioning. Although he questioned his identity after Caitlyn Jenner came out as transgender, EJ identifies as a male. He stated that he has no plans to transition and that he doesn’t feel the need to do that.

“I’m pretty comfortable with myself,” EJ said to NY Times. “That conversation was just about people trying to put me in a box.”

9. He is embracing his role model character

As a member of two minority groups, he is a positive role model who often gives advice through social media to closeted young people.

“I’m fortunate that I’m in a world where I can do what I want to do and walk down the street in whatever I want to wear and break those walls down”. Johnson told BET “I think that if getting out is really the only way to be able to live your life then that’s something to think about. Also just make sure you’re safe.

That’s something my dad always told me: Make sure you check your surroundings and be you, do you, but make sure you’re not putting yourself in dangerous situations where you could get hurt.”

WE LOVE A QUEEN WHO
STARTS THE PARTY UP! LMAO EVERYONE WAS JUST THERE WATCHING QUEEN DANCE CAUSE THEY KNOW THEY CAN’T COMPETE WITH JLEGENDS DANCING SELF🔥😩 @JLo #jlo #jenniferlopez pic.twitter.com/Y7f5C0rRPA

Famous actress and singer Jennifer Lopez shared a video on Twitter in which she and Johnson are getting their dance on to Teena Marie’s Square Biz. Many A-list celebrities came together in Saint Tropez to celebrate Magic Johnson‘s 60th birthday party.

Some of the guests at the party were Gayle King, Kenny ‘The Jet’ Smith, Stephen A. Smith, Isiah Thomas, Mike Woodson and more.

The Best 3 Wolf Anime of All Time