If you had a rough day at work, this will lift your spirits. Dune is set to receive a sequel, and the stories of Dune 2 are already official. All fans of Timothée Chalamet and Zendaya can look forward to another masterpiece in the hands of Denis Villeneuve.

The first one was a long-awaited miracle. After dozen of COVID-19 delays and other issues, it certainly feels like one. This epic story told through the acting of Timothée Chalamet, Zendaya, Jason Momoa, Josh Brolin, and many others is finally upon our hands. Dune is a Sci-Fi epic all of us were waiting for. The best part about is that it is only part one, in what appears to be a franchise birth. So, part 1 is here. What about part 2? Let’s see what we know about the sequel. 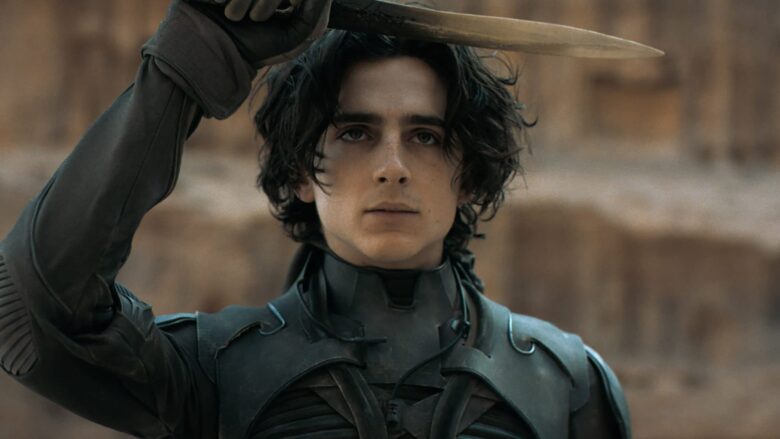 For one, the director Denis Villeneuve always wanted to make two movies, that would round up the whole story. So, when you see the first film, you’ll feel like there’s more to it, and there will be if stars align. The Dune book is too massive to fit into a single movie. When we say epic we mean it. Dennis knows this, and he’s not too shy about what he’s planning.

When explaining what went in his head during the creative process, Villeneuve said: “I would not agree to make this adaptation of the book with one single movie. The world is too complex. It’s a world that takes its power in details.” If this is not enough for you, now we have the closest thing to the official confirmation to Dune 2.

A little backtracking, as we must say that the initial plan was to film both films at the same time, one right after another. Due to COVID-19, it was hard to finance this, and the second film was in jeopardy at one moment. It was clear that it will be green-lighted sooner than later, but a hiatus was possible. Now, that the situation is calming down, and Dune is in theaters, threatening to be a massive box office sensation, Timothée made all Dune fans happy with his Instagram post.

He didn’t go into details, but rather posted a photo that simply says: Dune, Part Two. It’s all confirmation we needed, and so do you. In the last few weeks, it seemed that people at WarnerMedia were debating what to do. Ann Sarnoff, chair and CEO of WarnerMedia Studio and Networks Group, said this about possible Dune sequels: “The story in itself sets up for a sequel. The production is so amazing and the storytelling is so compelling that it’s not going to be judged on box office alone. It’s about the entirety of what ‘Dune’ can do for the company, including HBO Max.”

The fans of the books will be glad to hear that Dune: The Sisterhood, a spin-off is already in the works at HBO Max. It is evident that the company wants to make a Dune universe that could even parry what Marvel did with MCU. With the magnitude that Dune offers this is completely viable.

Joe Biden’s Approval Ratings Plummet, But is he Worse Than Trump