CTV NEWS – 01/03/2020: President Trump is fighting for another term in the White House at the moment. But, he’s also proud of his time there so far. Donald Trump stated that his most significant success during the previous four years was cleansing the US government of “bad” people.

POTUS claims that the administration he walked into was full of people who were appointed through connections and were remnants of the previous regime. He added that most of them worked hard to undermine him and what he was trying to achieve. 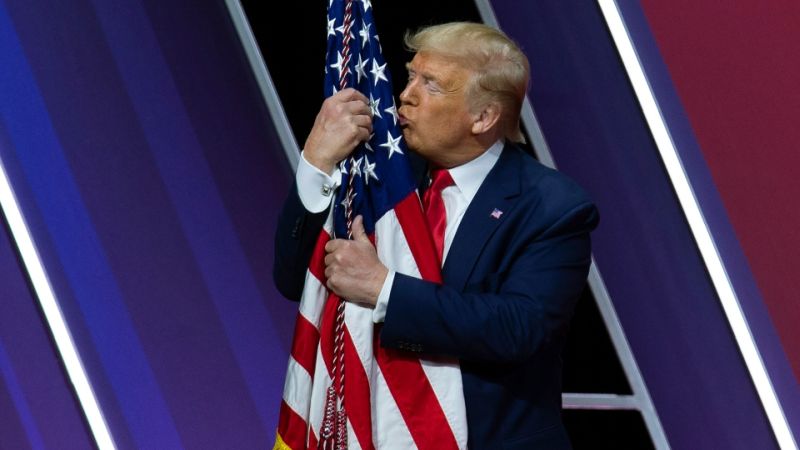 His success lies in the fact that he managed to get rid of all those people who weren’t right for America and replace them with those who love this country. During the annual Conservative Political Action Conference Trump said: “We have such bad people and they’re not people who love our country. We’re getting people who really love our country, and it’s so important.”

Read Also: Is This The Best Anti-Trump Commercial of All Time?

This means so much to Donald Trump as he believes the foundation is there for more years of prosperous America: “And if I wasn’t able to fulfill that, no matter what other things we’ve done, I would not consider this journey to be a success. So just remember that.”

Unlike his usual self, Trump didn’t criticize anyone by name this time. Instead, he reminded everyone about what he’s doing regarding the outbreak of coronavirus. POTUS stated that due to recent numerous cases of this virus in Iran and Italy he decided to install travel ban to these countries. Until these two countries don’t handle the coronavirus, US citizens won’t be able to travel there due to security reasons.

In the end, Donald Trump decided to show his patriotic side as he hugged and kissed the American flag. This act was something he also did during the last year’s conference. This time he also pronounced his love by saying: “I love you, baby.”