Home News Is This The Best Anti-Trump Commercial of All Time?
News

Is This The Best Anti-Trump Commercial of All Time?

POLITICAL FLARE – 02/29/2020: Donald Trump’s campaign for reelections is going strong. Trump wants another term in office, no matter what. But, there are also those who don’t want that. At the same time POTUS is pushing his campaign, and anti-Trump campaign is also going strong. Today we have a video that puts another perspective on everything that went on with Trump’s impeachment trial and his time as the President of the USA.

The video in question will raise eyebrows in the Republican camp. It proves a point regarding Trump’s impeachment process. The video uses a piece of dramatic music, and carefully selected photos, but what powers it is Adam Schiff’s speech. The speech in question is his closing argument during President’s impeachment trial. 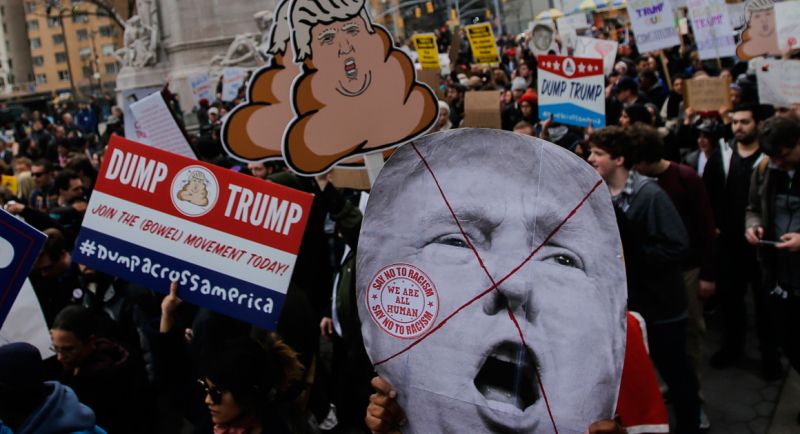 For those who are not on either Trump’s side or against him, this video could swing them. It is concise and it hits straight to the point. It goes from Trump’s distant past to his present deeds, as it shows us that he hasn’t changed a bit. With elections on the horizon, those who want Donald Trump out of the White House need to create more videos like this, who are on point and appropriate.

During his campaign, Donald Trump always looks to trash his opponents. It was about time someone did the same to him. The difference is that in most cases, Donald Trump doesn’t have facts behind him. This video, as not many before, puts things into perspective by only using truth and facts, and as such, it should be used as an example of how to use real values to show how corrupt an individual is.

Take a look at the video below.