BUSINESS INSIDER – 05/04/2020: Donald Trump is under a lot of pressure regarding his response to coronavirus pandemic. The one thing he’s resented the most is that he downplayed the virus when it first appeared. Now, POTUS claims that he wasn’t the only one doing this, as he said that even Dr. Anthony Fauci wasn’t taking COVID-19 seriously.

Speaking to reporters at a Fox News town hall, President Trump said: “What I did, way early, is I closed our country to China.” Trump was talking about what he did when the virus first appeared. The doubts that he was indeed downplaying the virus are still strong, despite this move. 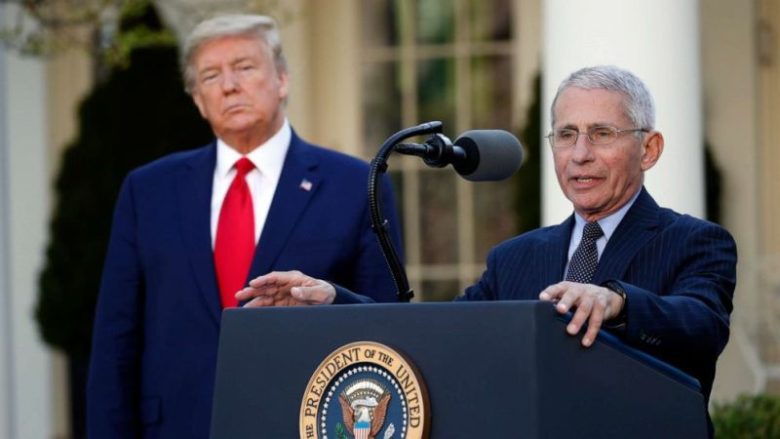 POTUS installed China travel ban only after the World Health Organization declared that coronavirus is a global health emergency. Continuing defending his COVID-19 response President Trump added: “Nancy Pelosi was a month later saying it was going to pass — everybody, even Tony Fauci, was saying it’s going to pass, not going to be a big deal.”

Read Also: Donald Trump Bashes Congress After Hearing “No” From Them

During a speech at a Georgetown University, Fauci said: “There is no question that there will be a challenge to the coming administration in the arena of infectious diseases. The thing we’re extraordinarily confident about is that we’re going to see this in the next few years.”

Intelligence has just reported to me that I was correct, and that they did NOT bring up the CoronaVirus subject matter until late into January, just prior to my banning China from the U.S. Also, they only spoke of the Virus in a very non-threatening, or matter of fact, manner…

Donald Trump Bashes Congress After Hearing “No” From Them