DAILY MAIL – 01/21/2020: Donald Trump was at his best at Davos climate conference. Once again, the President started, or better say, continued feud with Greta Thunberg. He repeated his words and called her ‘very angry.’

President Trump didn’t hit out only on the young Swedish activist but also at all other climate activists. POTUS called them ‘alarmists,’ and ‘fortune tellers.’ These statements are only a continuation of his fight against climate activist and negating the global warming. 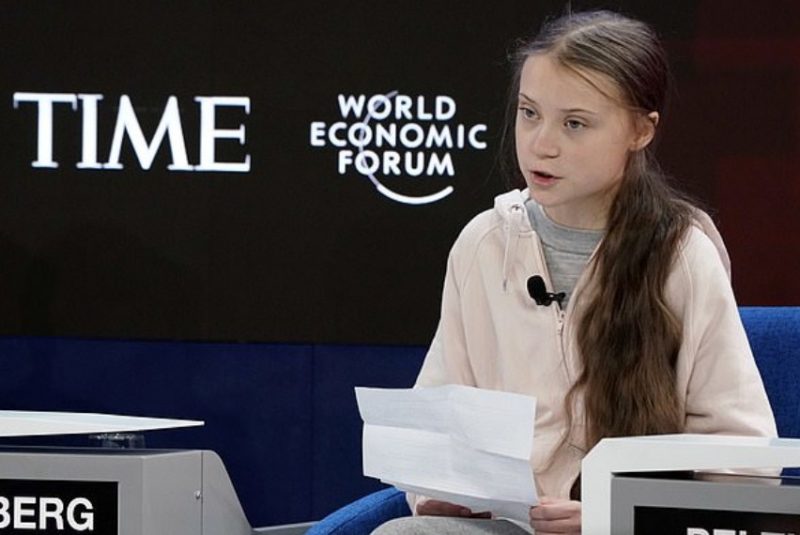 While Donald Trump was giving his speech, Greta was sitting in the audience, probably confused. While President did call her angry was again, he also stated that he doesn’t know much about her. People were astounded by his contradictory statements.

With his latest remarks, Trump is obviously trying to attack both Thunberg and all of her supporters. Greta and other activists pointed at issues such as Australia wildfires and similar disasters that are all related to global warming. POTUS, on the other hand, said this is not the time for pessimism but rather a time all of us should seek optimism.

As it’s usually the case, Trump didn’t stick to the subject for too long. After giving his thoughts on climate activists, he switched on his favorite subject – the US economy. The most significant part of his speech was bragging about how prosperous the US economy is under him. This speech can be interpreted as another one he is preparing for his upcoming rallies, which should lead to his reelection.

US President @realDonaldTrump spoke at #wef20, telling the audience the United States is in the midst of an economic boom.

While Trump brags with his achievements and hopes for another term in the White House, the Senate is voting on his impeachment. While the outcome is still unknown, Trump doesn’t seem to worry as he is dealing with the Davos summit and his impeachment at the same time.

The only part of Trump’s speech that is closely related to improving our climate is his promise that the US will join the ‘One Trillion Trees’ initiative,’ whose goal is to plant trillion threes by 2050.

It’s Fun Being a Trump – Beach House For Sale...