CNN – 01/12/2020: After an epic UFC comeback, Conor McGregor decided to comment on US politics. Winning against Donald ‘Cowboy’ Cerrone in 40 seconds wasn’t enough for Conor. He needed to bring another Donald to the stage. In one of his tweets, McGregor called Donald Trump, a phenomenal president.

The US President was the one to tweet about McGregor congratulating him on the latest UFC win despite the fact he defeated an American contestant. Conor was obviously honored by this mention from the US President, and he responded in fashion. The Irishman called Trump one of the most excellent President the United States ever had. 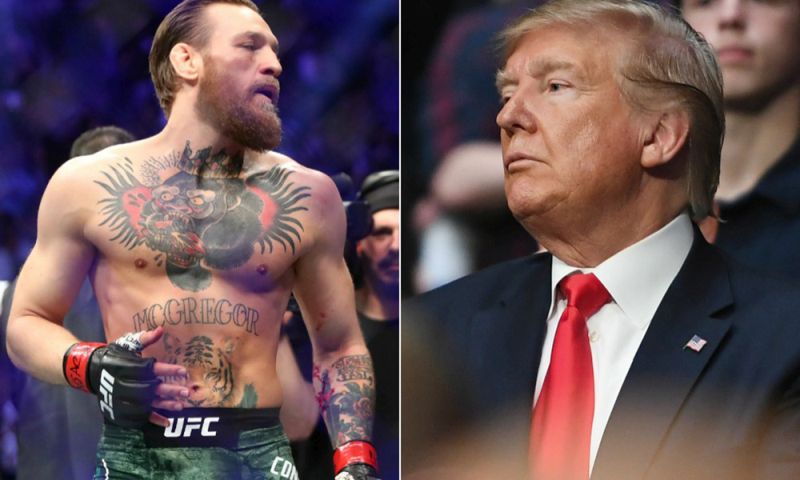 In his tweet, McGregor stated that Trump already achieved so much despite being President for so little time. Conor finished his tweet by wishing Mr. President and the entire US a happy Martin Luther King Jr day.

As it was expected, McGregor’s tweet attracted plenty of attention. It was retweeted 13,000times. This tweet brought a lot of both positive and negative reactions, as it’s usually the case when Trump is involved.

Many people commented that McGregor just did a tremendous favor to Trump. The United States of America has 33 million Irish descendants who all follow Conor, and he just might sway them to vote for Trump in the upcoming elections.

Unlike some other athletes in the past, the Irish fighter is fond of Trump. If you remember after the Women’s World Cup in France, which was last year, Megan Rapinoe criticized current POTUS. She is of the opinion that Donald Trump doesn’t care the same for all ethnic groups in the United States.

But, as it’s usually the case, only the recent victories count, and Trump will ride high on the wave McGregor created. Considering that Trump is being impeached at the moment, this comment by Conor McGregor couldn’t have come in a better time.