DAILY MAIL – 02/11/2020: By now, you probably know that there was a time in the past when Donald Trump wasn’t satisfied Ivanka Trump married Jared Kushner. The pair met in 2007 and married in 2009. But, before marriage, Ivanka had to convert to Judaism. Donald was left baffled why his daughter had to convert to anything to marry anyone, but in the end, he accepted it with grace.

Donald Trump is not very religious, but he’s not a member of Judaism but rather a Protestant. He finds the reason in Ivanka’s conversion in the fact that in the past, he wasn’t a big part of her growing up. His first wife, Ivana, raised their children. Donald is of the belief that Ivanka would not have to convert for the marriage if he was influencing her from the beginning. 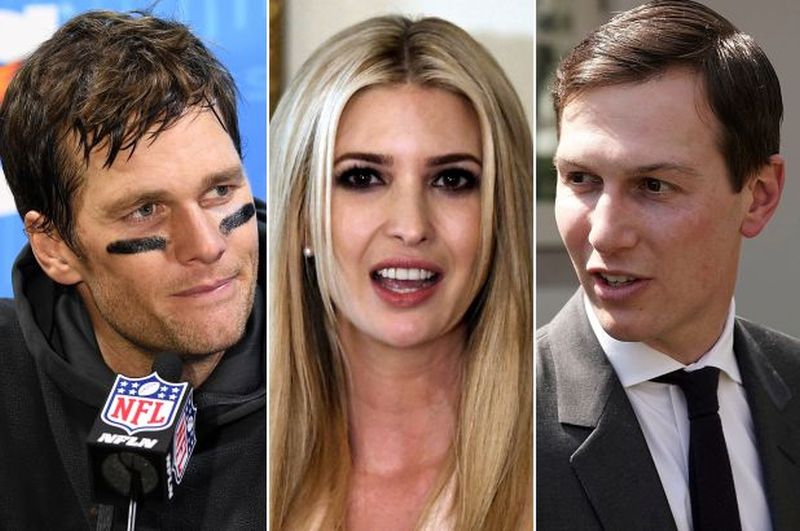 Another reason why Donald Trump wasn’t satisfied with her choice, minus the religious one, was the fact that he believed that she could do better. According to a book American Oligarchs: The Kushners, the Trumps, and The Marriage of Money and Power, Donald Trump wished for his son-in-law to be Tom Brady. The New England QB is happily married to Brazilian supermodel Giselle Bundchen, but Trump believes he would be better with Ivanka.

Read Also: Is There a Silent Feud Between Trump Jr and Jared Kushner?

During one meeting with New England Patriots owner Robert Kraft, Donald Trump stated that Jared Kushner is of the size of Tom Brady’s arm. Trump was impressed with Brady’s football skills and concluded that he would be a perfect match for his daughter Ivanka.

Same as Donald Trump, Jared Kushner’s parents weren’t satisfied with his choice. They wanted him to marry a Jew girl. In the first months of their relationship, they even refused to meet her. The Kushner family are Orthodox Jews, and it was unacceptable to them that he marries a non-Jew.

In the end, both sides withdrew, Jared and Ivanka are happily married for years now and have three children. Tom Brady remains Donald Trump’s unfulfilled dream.