Home News Is There a Silent Feud Between Trump Jr and Jared Kushner?
News

EXPRESS – 02/11/2020: It seems that most members of Donald Trump’s family can’t get along. It’s not only that Donald can’t get along with everyone now it looks that Donald Trump Jr also has his opinion on other family members. According to sources from the book called Kushner Inc, Trump Jr is not a big fan of Ivanka trump’s husband, Jared Kushner.

The feud between the two of them began during Donald Trump’s 2016 presidential campaign. During that time, Donald’s opinion on Jared started to change, and he was given a prominent role in the campaign. Prior to that, POTUS wasn’t satisfied with Ivanka’s choice for her partner. The things took a U-turn, and Jared is now a part of Trump’s White House staff. This was not something Donald Trump Jr took lightly. 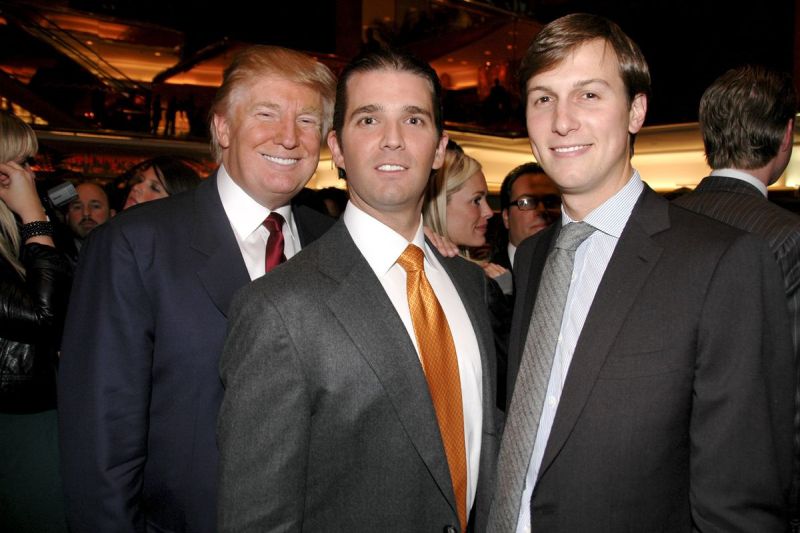 According to the book, which was published in 2019, Kushner Inc, Donald Trump Jr was often asked on the relationship between him and his brother-in-law. While he remained tight-lipped on most occasions, he did, at least once said one thing about their relationship. When pressured by the reporters to at least give them a glimpse of what’s going on between them, he only stated that the two of them are ‘very different.’

Unlike Trump Jr, Ivanka Trump is thrilled with the progress her husband made in his career and his relationship with Donald Trump. In the past, Trump often joked about Jared Kushner and voiced displeasure that Ivanka converted to Judaism to marry him. Today, Jared is an essential screw in Trump’s administration.

This is quite a progress if you consider that only a few years ago, Trump was advocating that Ivanka should marry a person of Tom Brady’s stature and not someone who can’t even throw a football. This story was confirmed by many people who were present in the meetings between Donald Trump and the owner of New England Patriots Robert Kraft.