EXPRESS – 02/11/2020: Just when we started to believe that things couldn’t get more awkward between Donald Trump and Melania Trump, they denied us. The moment Senate acquitted Donald on accusations of power abuse and obstruction of justice, he received hugs from his daughter Ivanka Trump and his wife, Melania Trump.

The two of them were the first to congratulate him. But, the manner in which they did it was completely opposite. Upon delivering the news, Trump was on stage, and Ivanka rushed towards him to hug him and congratulate. They exchanged a loving and genuine hug. The second on stage was Melania, who had to be called out by Donald to approach. When she did, they hugged, but it was an emotion-free hug, which looked strictly political. In the process, POTUS even called her‘baby,’ which was deemed inappropriate by everyone present. 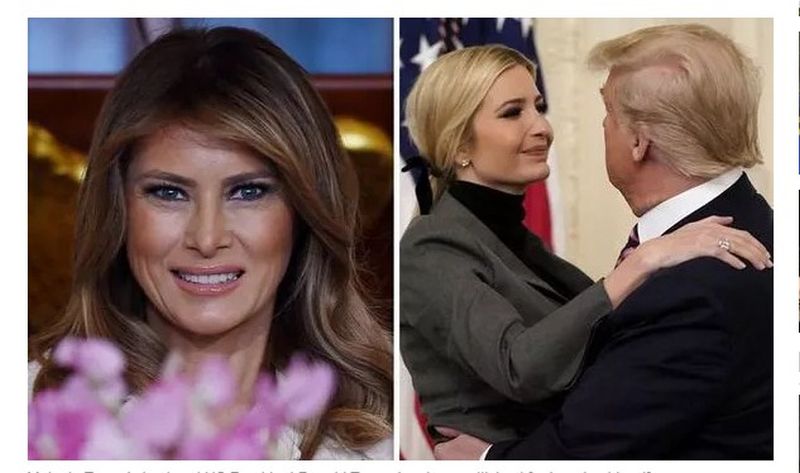 Social media users were quick to judge Trump, as this is not the first time he neglected his wife in favor of his daughter. This development will spark further theories that not everything is great between the first daughter and the first lady, but also between the presidential couple.

Read Also: Melania Has a Boyfriend and Donald Knows Him According to Trump Insider

Netizens also commented that it’s true that he loves Ivanka more than Melania. When seeing Melania/Donald hug, many said that this was a hug between the two people who don’t have emotions between them. Others pointed out at the face POTUS made when he was hugging Melania. All of this put together; we just witnessed a very awkward situation.

As we said, Donald Trump was acquitted by the Senate on both acts of impeachment. It was a close call, as the final result of the voting was 52-48 to absolve Trump. Republican Senator Mitt Romney was the one GOP member who voted yes on both charges. He’s now targeted by President Trump, as are others who were against him during the impeachment process.