Model and wife of musician John Legend, 36-year-old Chrissy Teigen, has decided to deal with Internet trolls who have publicly criticized her appearance and told her that she is “shaped like Sponge Bob”. 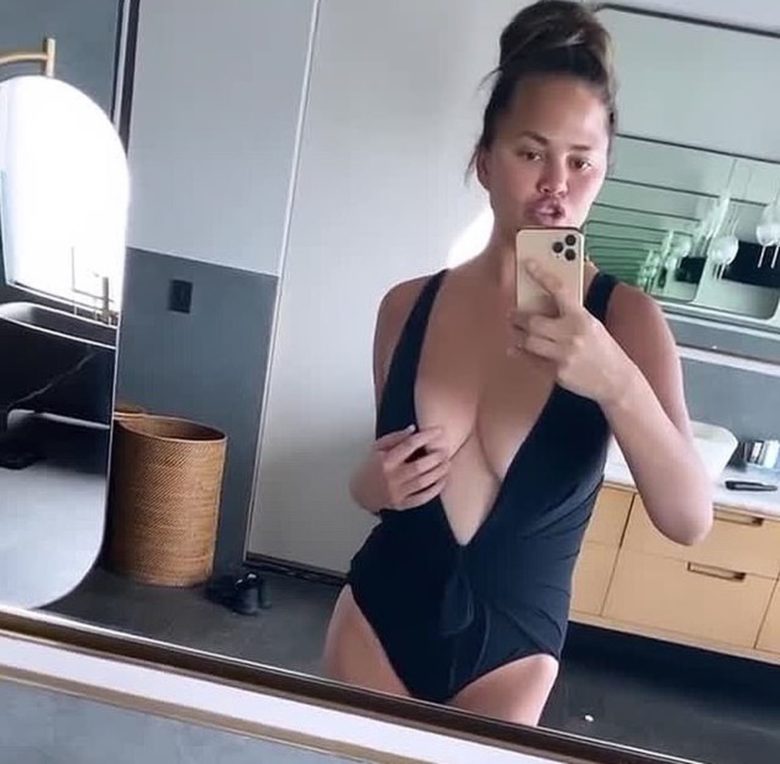 The flood of criticism came after she posted in one of her Instagram stories and Twitter a clip of her wearing a one-piece swimsuit with a plunging neckline. “I never post thirst traps, so here I am trapping you in thirst, with thirst”, she joked in the video.

don’t get too trapped pic.twitter.com/bLp3dlHzIg

Teigen then shut down the body-shaming comments.”Everyone used to….surgically enhanced curves. I’ve been a square my whole life and let me tell you, it’s paid off nicely in many ways!”, Chrissy wrote on Twitter.

“Imagine if one day I showed up with hips and an ass. Ooooo you guys would be pissed then too! I’m happy, John’s happy, we all happy and doing A-OK!”, the pretty brunette concluded.

Everyone used to….surgically enhanced curves. I’ve been a square my whole life and let me tell you, it’s paid off nicely in many ways! https://t.co/wuRwGof2sZ

Chrissy is currently in home isolation with her husband John and their two children, 4-year-old daughter Luna and 1-year-old son Miles.

cousin @pasha_speaks got us a karaoke machine!