CNN – 02/26/2020: As you saw in Donald Trump’s example, everything is possible in politics. So, we beg the question, can Bernie Sanders defeat Trump? As we said, it can happen as stranger things already did.

Do a little rewind to 2016. A man with multiple accusations of harassing women won the elections. Not only that, he had the support of white women of America. It didn’t matter that his adversary was, in fact, a woman.

President Trump wasn’t supposed to be in the race for the presidency, but he managed to win. During his campaign, he didn’t even have the support of the Republican Party. The situation today is similar to Bernie Sanders. 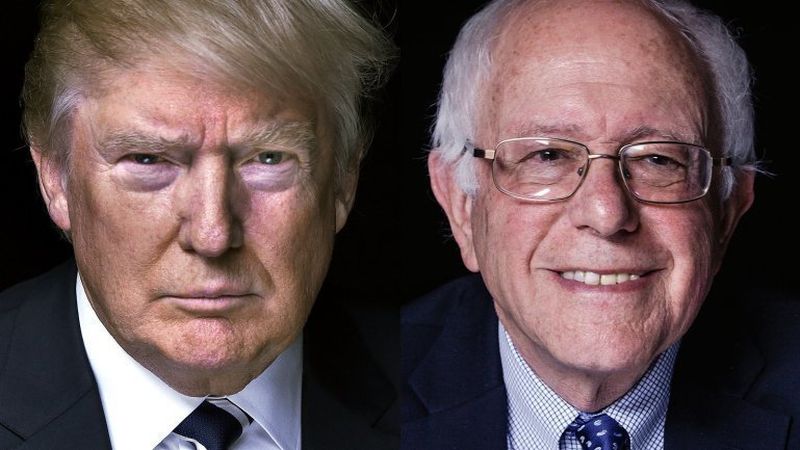 Bernie is not the ideal Democratic candidate. His supporters actually hate the establishment of the party. But, his populist movement is building momentum. Before the last two caucuses, he was not the Democrat front-runner. But after them and one primary, he is the man on the Democrat side, leaving Joe Biden behind.

Read Also: Trump Adds Fuel to the Fire in a Feud Between Sanders and Warren

This brings us the question; In a case that Bernie Sanders is the Democrat candidate, can he win against Donald Trump? This is the main issue Democrats are trying to overcome: Beat Trump!

This will not be easy. What’s even more daunting for Sanders is that only 24% of democrat voters think he can beat Trump according to CNN poll conducted in January. The same survey stated at the time that Joe Biden has the biggest chances among democratic candidates with 45%. The tide has now shifted to Bernie’s side, but we don’t have precise data at the moment.

Another issue that bugs the Democrat party is that they still don’t know who will be their candidate. The November might seem far away, but while they fight among themselves, Trump’s campaign is in full swing.

But, even if he doesn’t stand tall right now, in the case of being a democratic candidate, Bernie Sanders is the man who can stand up to Trump. His democratic-socialist views would also be a refreshment for the US political scene.

“Just Call Me Harry!” Prince Drops His Title: What’s Next?