For some, college football is the pinnacle of sports. Yes, NFL is the pro league but every player needs to play at college first. The biggest football programs have the best player, and they become the best after playing for the best coaches. Some coaches are so satisfied with their position in college football that they never transfer to the NFL. Yes, you heard that right.

In this article, we are going to cover the names of the coaches that became household names of this sport by coaching college teams. It’s harder to have a dynasty in college considering how quickly some players move on to the pros, but despite that, some coaches managed to do precisely this. It all comes down to professionalism, talent, dedication, and good scouting. Best programs have the best coaches, and they do the best recruiting. Let’s see who are the top 10 in the domain of college football coaching.

Here we are talking about the biggest of all names in college football and the biggest football program. Who made who? It’s hard to say. Alabama is grateful to have Saban since 2007. Before Alabama, he coached at LSU, and Miami Dolphins in the NFL. He is widely considered to be the greatest in his trade. His seven titles and 260 wins speak to this name. Furthermore, he’s still active. 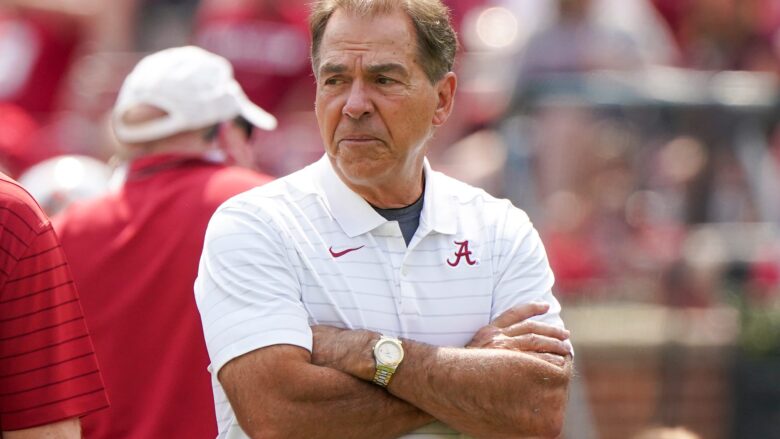 The second man on this list is the late Bear Bryant. He often draws comparisons to Nick Saban and many disputes about who is number one and who is number two. He’s been Alabama head coach for 25 years during which he won six national championships. At the time of his retirement, he had 323 wins as head coach which was a record at the time. Before making history with Alabama he coached at the University of Maryland, the University of Kentucky, and Texas A&M University. 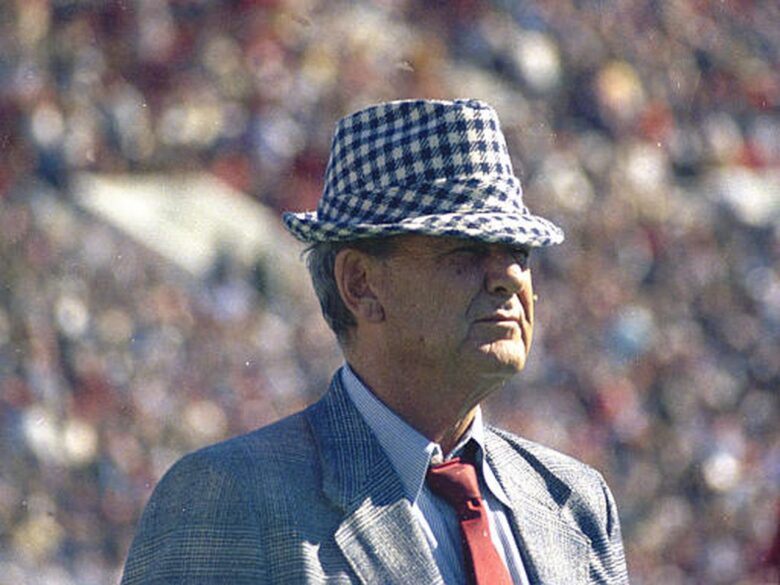 The now-retired coach turned politician, had bigger success on the field than in the office. His tenure as the head coach of Nebraska Cornhuskers lasted from 1973 to 1997. In 1999 he was inducted into the College Football Hall of Fame. He took Nebraska to three championships mostly through his I-form offense which enable him and his team 255 wins. His 1995 Cornhuskers team is widely regarded as one of the best in college history. 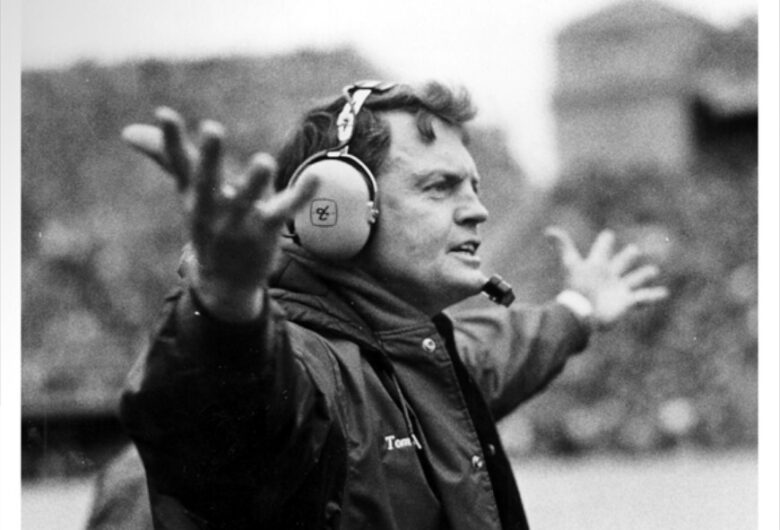 Most modern football fans don’t even know the name of this University of Notre Dame legend. His early exploits in this sport make him one of the greatest names in the history of this sport. What separates him from some of the other names on this list is that he was one of the first innovators. We can thank this man for the introduction of the forward pass. 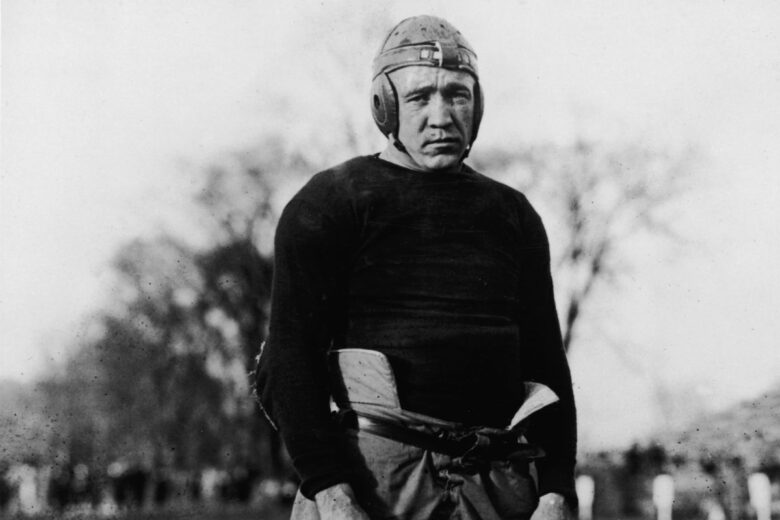 This name rings a bell even for those who don’t follow college football closely. The biggest individual reward in college football carries the name of this man. During his tenure at Clemson University, Georgia Tech, and the University of Pennsylvania among others he compiled 186 wins. Furthermore, he excelled in other sports such as basketball and baseball. 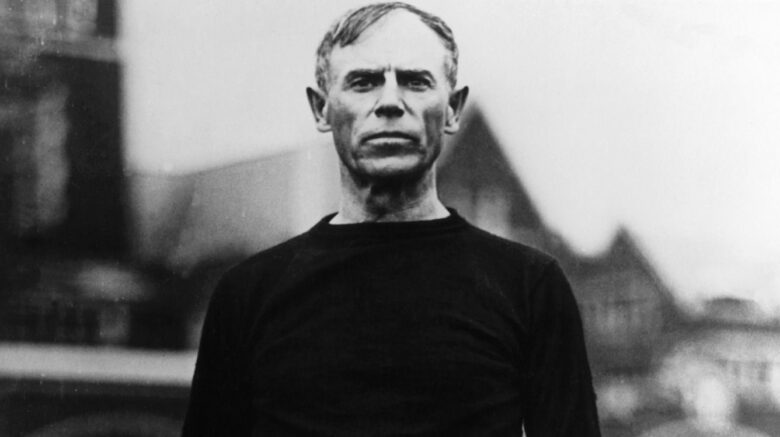 Glenn Scobey Warner, better known as Pop Warner is one of the biggest names in the history of this sport, and with a reason. Pop managed to reinvent the game in the domain of the introduction of single and double-wing formations. This is what we today know as spread and shotgun formations. He has four championships to his name, three of which came during his time at Pittsburgh while one landed with Stanford. 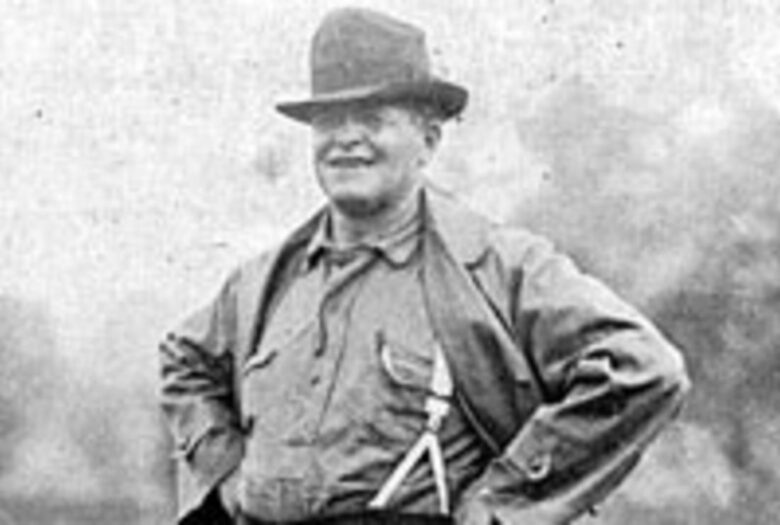 Swinney got most of his fame recently as the head coach of Clemson University. He’s been in the position since 2008 and managed to win two championships in 2016 and 2018. The one-man that has more wins than him as the head coach of the Tiger football program is Frank Howard. His current record is 142-35, and if he continues to coach the way he did so far, big things and bigger sport on our list await. 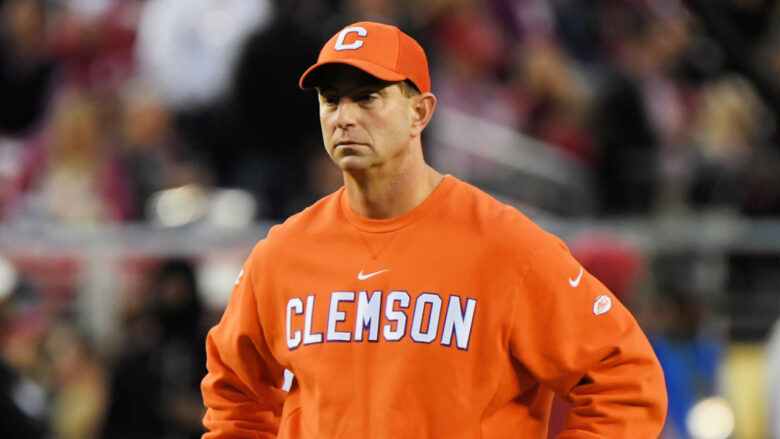 As you probably noticed, Notre Dame had some big coaching names. Parseghian came to this University once the days of the old glory were in the past. He reinstated the program as one of the best in the country with two national titles in 1966 and 1973. His coaching record is 170–58–6, which is hard to pass on. Back in 1980, he was inducted into the College Football Hall of Fame. The period when he was the coach at ND University was called the Era of Ara. 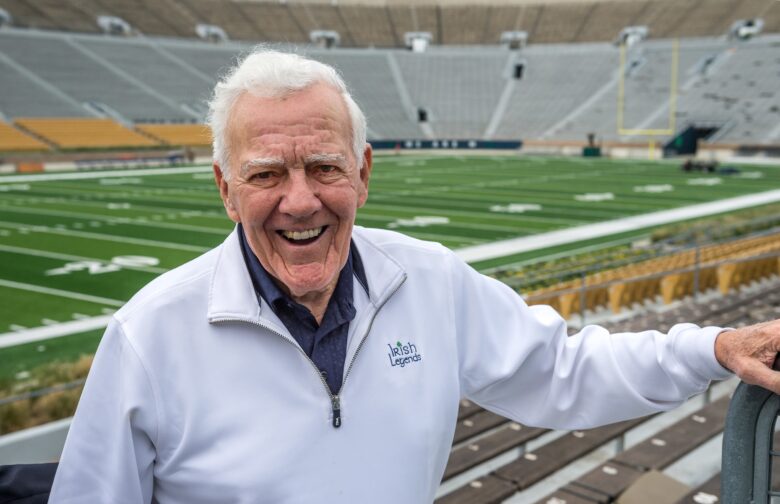 Urban Meyer made a name for himself in college football before he joined the Jacksonville Jaguars in the NFL this year. His name is closely associated with two standout college programs in Florida Gators and Ohio State Buckeyes. He has won national titles with both Florida and Ohio universities which makes him the only coach to do so next to Pop Warner and Nick Saban. His college coaching record stands at 187–32. 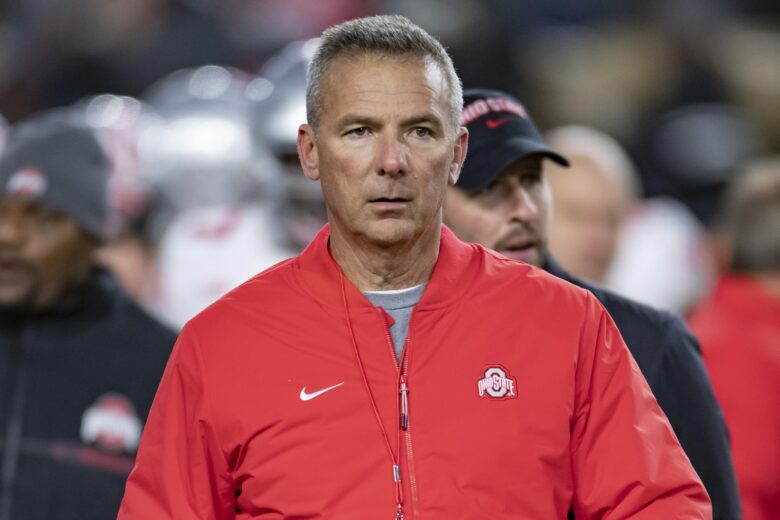 Lou Holtz is the only tenth on our list, but he is in a league of his own when we look at some of his achievements. For one, he reached the bowl games with six different programs. His time with the Universities of Minnesota, North Carolina, Arkansas, South Carolina, and Notre Dame will be forever remembered. He holds an astonishing 249–132–7 record. The most remembered season in his career is the 1988 Notre Dame season in which he went 12:0 and won the Fiesta Bowl. 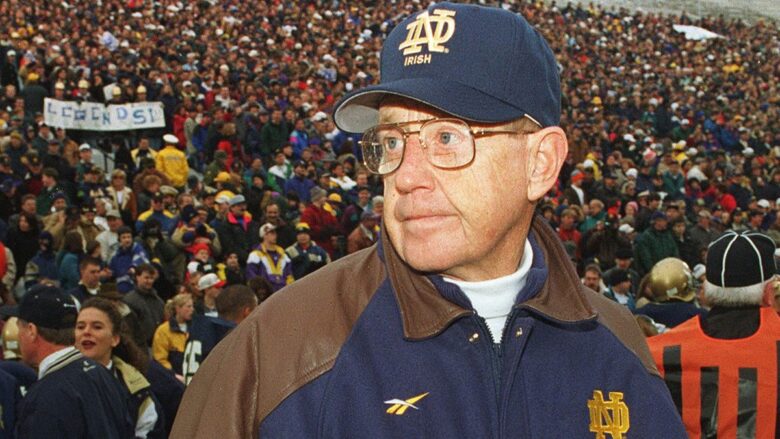