INTERNATIONAL BUSINESS TIMES – 01/27/2020: It might sound unbelievable right now, but once upon a time, Hillary Clinton and Donald Trump were good friends. Bill Clinton and Hillary even attended Melania and Donald’s wedding. Of course nothing left out of this relationship as both Hillary and Donald run for office in 2016. During their respective campaigns, harsh words were spoken, and now there’s no going back for them.

Donald Trump is the President now, and Hillary can only be bitter about it now. She probably is, but what about their children? While Trump’s and Clinton’s were on good terms, Ivanka Trump and Chelsea Clinton became good friends. In the past, they even referred to each other as best friends. 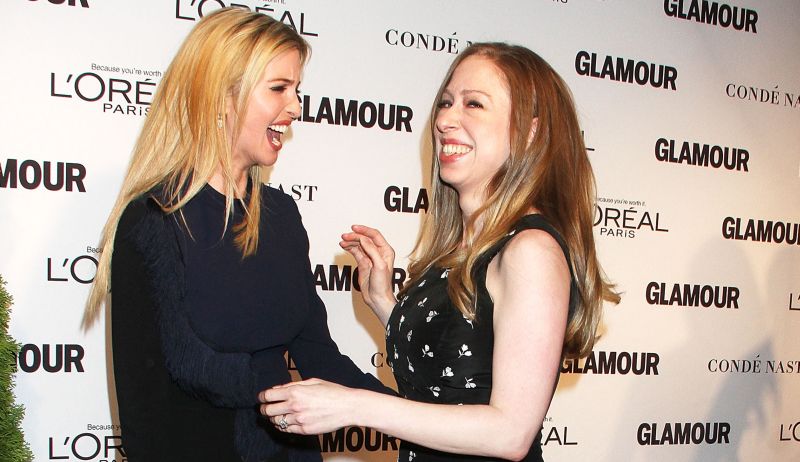 Ivanka still talks fondly about Chelsea. The first daughter claims that the reason they became such good friends is that they can easily relate to each other. The primary reason is the status their respective families enjoy in America. They also share the same circle of friends, which makes it easy for them to stay in touch despite new duties in their lives.

Read Also: Will Ivanka Trump Anger Donald With Her Comments on Greta Thunberg

Ivanka often states that they both supported their families during the elections, as they should, but that didn’t endanger their relationship. She concluded that their friendship was never a political one. According to this, Ivanka trusts that they will also get along well in the future.

Ivanka Trump is the chief adviser to her father, and because of this, she has little time for private affairs. This is the primary reason why she and Chelsea haven’t been seen in public for some time now. They also agreed that they would keep their friendship private as there were enough controversies regarding their parents.

Both of them felt all the hardships of the presidential campaigns of their parents. Because of this, they decided that politics won’t meddle in their relationship.