This statement wouldn’t be a surprise if it weren’t on a complete opposite part of the specter compared to what POTUS had to say about both Greta and global warming. If you can recall, the feud between Greta and Donald started after she won the Times Person of the Year Award. Mr. President believed that he should have been the one to receive this prize for the second time. 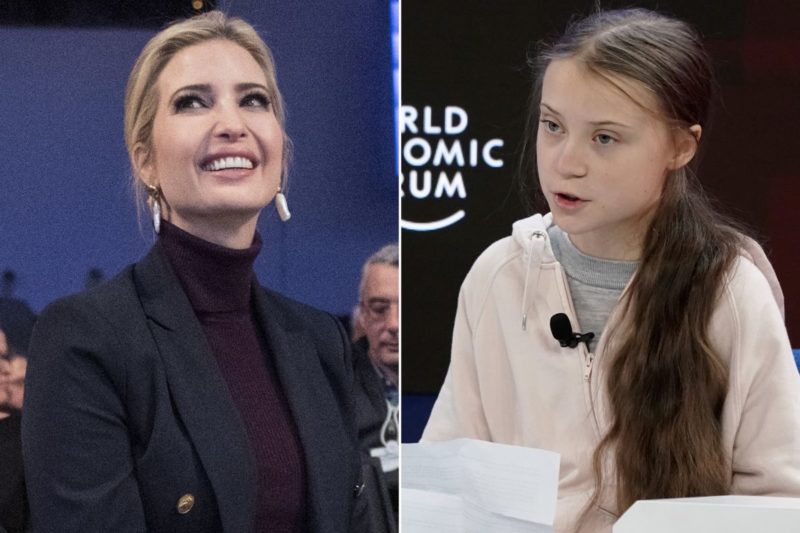 During Davos World Economic Forum, Ivanka trump was asked of her opinion on the young Swedish activist. During the previous day, 17-year old Thunberg once again criticized world leaders for not doing enough to stop the global climate crisis.

Ivanka gave a diplomatic answer stating that she supports Greta as she is someone who has high energy and awareness for the world around her for such a young person. President’s chief adviser stated that she’s not a person who would criticize someone for having a positive attitude on such an important matter.

Both Greta Thunberg and Donald Trump held speeches in Davos. As it was expected, they talked about the same issue but with entirely different conclusions. Because of this, it came as a surprise that Ivanka gave such a polite response.

Steven Mnuchin, the US Treasury Secretary, was not so kind. He stated that Greta Thunberg should learn the basics of economics before taking the main stage to talk about the issues she does not understand. Mnuchin also asked who this Greta Thunberg is, but later retracted his statement and stated that this comment was a joke.

Ivanka Trump could anger her father with comments like this as he’s not a big fan of Greta Thunberg. In the past, he called her very angry, and in need of anger management sessions.

It’s Fun Being a Trump – Beach House For Sale...

Is Donald Trump Suffering From Early Stages of Dementia?