When first reports came out about Angelina Jolie and The Weeknd romance, everyone dismissed it as fake news. Still, news articles about the unlikely couple kept coming in every few days without either one of them denying the rumors.

The story broke a couple of weeks ago when the two were spotted in LA’s celebrity hotspot restaurant Giorgio Baldi. The mother of six made sure that she left the restaurant alone in an attempt to mislead the media. The Weeknd left shortly after without making any comments when greeted by paparazzi.

It’s unknown whether the meeting was for business or pleasure purposes. According to some inside sources The Weeknd, real name Abel Makkonen Tesfaye, is trying to further his career in the movie business.

Regardless of the rumors, things seem to settle down until a fan posted a video of The Weeknd and Jolie’s night out. The 46-year old brought along her two kids this time, Zahara and Shiloh. This definitely didn’t look like a business occasion, but again, both Jolie and Tesfaye stayed silent about the affair.

Angelina Jolie and The Weeknd were seen together at a private concert in LA. pic.twitter.com/LMLtJ0XppB

Rumors about this long-shot romance come only a month after Jolie was spotted entering her ex’s Jonny Lee Miller apartment building carrying a bottle of wine. The couple was married in 1996 and divorced three years later. The “Maleficent” star went on to marry Billy Bob Thornton, a father of five, in 2000 only to divorce in 2003. The supposed reason behind this was Jolie’s wish to become a mom while Billy was done having kids.

In 2014 Jolie married Brad Pitt after the very publicized affair on the set of “Mr. and Mrs. Smith”. The Hollywood stars called it quits in 2019 and the exhausting custody battle for their six children ensued.

The Canadian singer and songwriter have had his share of drama in life. At the begging of his career a decade ago, The Weeknd admitted to using various drugs like ecstasy, MDMA, cocaine, and oxycontin, while also abusing cough syrup. In 2013 the rapper stated that he is unable to write music if he’s not high on something. Around the same time, he started signing with “xo” which many thought to stand for a kiss and a hug when it was actually short for ecstasy and oxy. 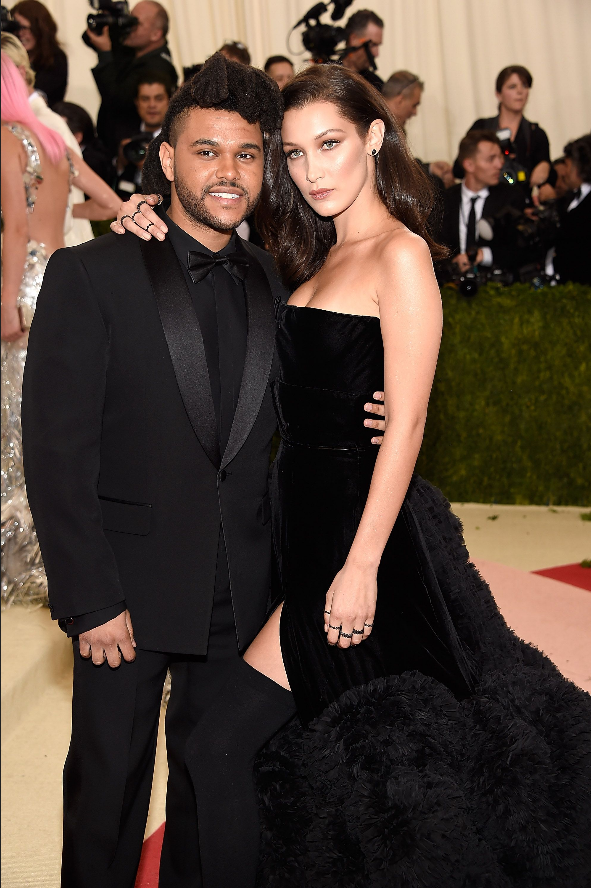 As far as his personal life, Tesfaye has been dating Bella Hadid and Selena Gomez. With both ladies, it was an off-again-on-again relationship. From 2015 to 2016, Hadid and The Weeknd dated and went public at the Grammy Awards. In 2017, Selena Gomez and the 31-year old rapper moved in together only to break up a month later. Next year, Bella and The Weeknd went back together and finally broke up in 2019.

Some reports say that the singer is single for a long time now in order to focus on his career. His ambition is to get into the TV and cinema industry. A new HBO series “The Idol” is in the works with a rap star as one of the cast. In 2019 he played himself in Adam Sandler’s “Uncut Gems”. The next year he starred in Saturday Night Live and American Dad.