For those not acquainted with WWE stars and their relationship, this story would be a massive one, and it would send chills down your spine. Mojo Rawley filmed himself outside Alexa Bliss’s house while she was hosting a birthday party. Furthermore, he shared the video on his Instagram story.

If you are not following their relationship closely you’d think that he’s being too creepy. Bliss was holding a party for the close circle of her friends that she cooperates in the wrestling industry. So, to make things clear, Mojo is not a creep. He was one of the guests at the party, but he decided to make fun of his friend Alexa Bliss.

During the party he shared numerous videos, but if you caught only the last one you’d be surprised with the content. In the video, Rawley films himself, and the video is captioned with: “Happy birthday Alexa Bliss… I wasn’t invited to your party but I showed up to creep from the outside nonetheless.” In the video he zooms the people inside where we can see Bliss with her back against the glass, unaware of the practical joke Mojo was making. 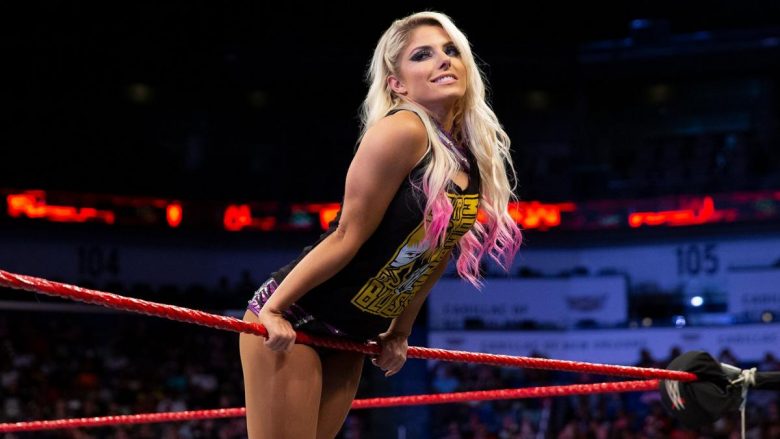 Joking aside, Mojo and Alexa are not only colleagues in the WWE but are also good friends in the real life. Rawley has a habit of creeping behind Bliss as he did on many occasions in the past. If you follow the company you know that there are a few videos where Mojo can be seen behind Bliss creeping while she’s busy and working. We could call his behavior a running gag.

Rawley is one of the longest-tenured fighters in WWE at the moment considering that many of the mainstay stars are not working full time for the company anymore. His run is nine years old. Mojo can claim he had big success with the WWE as he managed to win the Andre The Giant Memorial Battle Royal at WrestleMania 33. This win was meant to launch his career even further but in the end, nothing big came out of it. After the win that would go down in history, he was only appearing as a lower-card impact fighter. The WWE had a thing going on with him and Zack Ryder but it didn’t last long.

Things actually went south for the fighter as he was consequentially released by the company. Business is business, and WWE wrestlers know this better than anyone. Mojo was injured, and couldn’t recuperate in the ten months following the injury, so the company had no other but to release him.

On the other side, we have Alexa Bliss who is pulling all the right moves, and her run in the company is a memorable one. The way her career is going she’ll soon be one of the best female fighters in the history of the company. She also has all the cards in her personal life aligned as at the moment Bliss is engaged to American musician Ryan Cabrera. In the and all we can say is that we wish all the best to Mojo in his future and a quick return to the WWE, and to keep the spirits high as he does. And as for Alexa, what could we say other than Happy Birthday!