A-Rod Hits Back at Jennifer Lopez With Stunning Transformation

Jennifer Lopez isn’t the only one getting out of a big breakup with the upper hand. Alex Rodriguez decided to make a change to his life, and apparently diet. The breakup did him no favors on an emotional level at first, but it would seem he now has more control of his life.

As it is customary these days, A-Rod decided to share his progress with a broad public. He used the Instagram platform and shared a shirtless photo of himself. The first thing we noticed is that he lost some weight. This is good for his health, but it is also, without a doubt is a massive hit for his confidence.

It is nice seeing Alex in what might be described as the best form of his life, at least in this decade. After all, the former baseball ace is 45-years old. He decided to give himself and his body some relief, and posed for a photo shirtless, wearing only black shorts and sunglasses. He was tanned more than usual, which suggests that he’s been enjoying the sun for a while now.

The caption of the photos can be interpreted as somewhat cryptic as A-Rode wrote: “I’ve fallen, and I can’t get up! And I’m good with that. #perfectweather.” His fans were satisfied with what they saw as comments flooded his Instagram feed for hours after the photo was posted. Most of them felt positive about his chances of rebounding after a breakup with Jennifer Lopez, and one wrote what most of them thought: “He’s rich and handsome..he’ll be alright.”

The other pointed out at his speedy transformation: “Wow, a spectacular way to return @arod you definitely look better than ever.” Comments like these continued and you could see fans being eager to comment on his appearance: “It is better to be alone and float on a freedom raft with a great view. Enjoy your singleness.”

A-Rod didn’t hide that he plans to work on his appearance once the breakup with famed Latin singer was official. He invested heavily into his workout and diet plan which is worth north of $4.000. It would seem that after getting away from the Let’s get Loud singer he was prepared to work on himself and improving both mentally and physically. 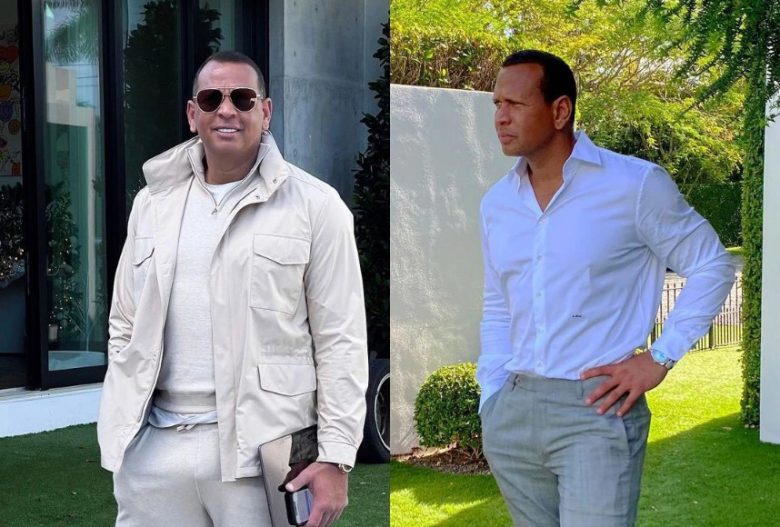 For all of you eager to follow in his footsteps, the workout program he chooses to follow consists of HIIT training, cardio, and weightlifting. Of course, none of it will work without a proper diet, and Rodriguez made sure that he has the best available nutritional counseling. The process needed to get results lasts for nine weeks, and one of the primary conditions for the full success of this program is to completely avoid alcohol.

The former New York Yankees superstar shared the road to success photos earlier, as he posted a before-and-after photo on his Instagram feed. According to his conclusion, he left his dad’s body in 2022. It was only two months ago that he posted pictures f his progress, and now in June, he can really show what he has done. Back in April, he was more than willing to motivate his followers: “Anyone else determined to stick with their fitness goals this year? I’ve been consistent with my workouts and finally put down the chips.”

In the mid-time, his ex got back with her ex, Ben Affleck, and most people believed that this will make A-Rod mentally week to pursue his fitness goals. Instead, he really showed progress and proved that he’s above personal issues that he had earlier this year. After all, it was part of his relationship with J Lo to go to the gym often, as she’s known as a fitness lover. A-Rod achieved the wanted goal, and he now keeps pushing forward, while Jennifer has the task of bringing Affleck back in form, for some of his upcoming roles, if he’s willing to play Batman again.