Home News You Won’t Believe What Trump Supporters Did For The President!
News

You Won’t Believe What Trump Supporters Did For The President!

WASHINGTON EXAMINER -03/03/2020: You can say what you want about Donald Trump, but he has some loyal supporters. We have seen plenty during every presidential campaign, but those who love Trump just went one step further.

Having a strong campaign with a lot of caucuses and rallies is essential for securing the win. Every state matters, and every vote is important too. But, we can say that President Trump doesn’t need to worry about one particular state. No, it’s not his home state of New York. 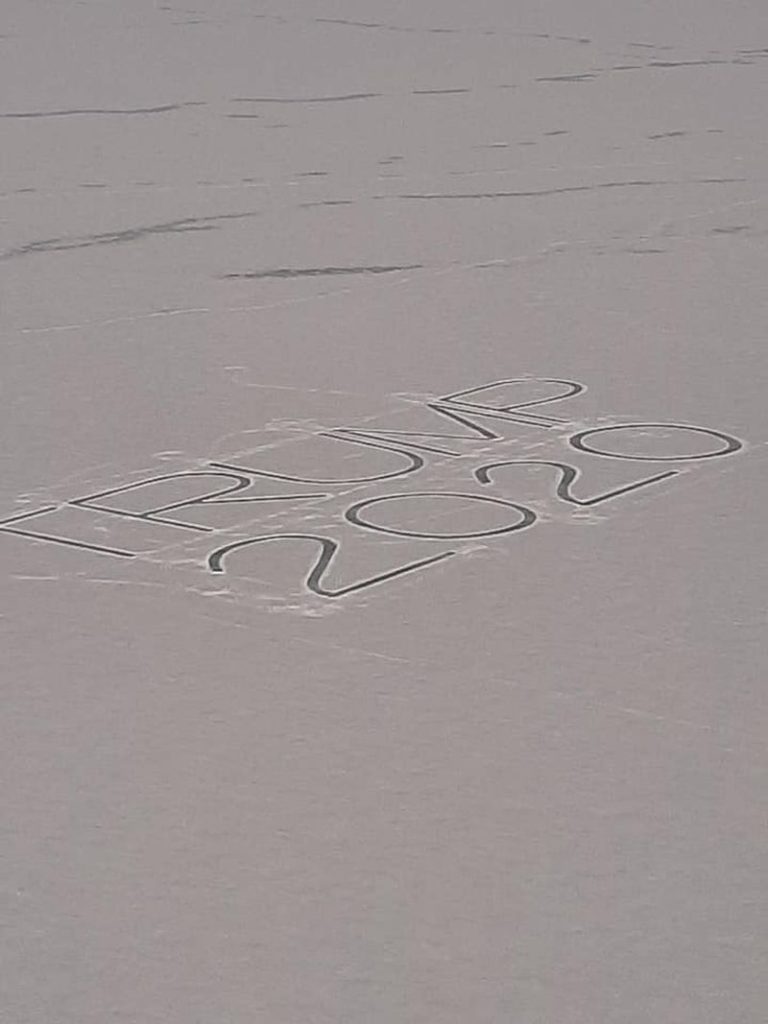 We are talking about Wisconsin. Yes, you heard it right. If you wonder why, here’s the answer. Some of Donald Trump’s supporters decided to carve ‘’Trump 2022’’ in the frozen lake Winnebago. You can’t get a better campaign banner than this one.

Read Also: Trump to Continue His Campaign Despite Coronavirus Outbreak

At the moment, it remains unknown who did this, but one thing is clear: Donald Trump has some fantastic supporters who will go this far for him. The carving was spotted by a helicopter crew flying over. Its exact location is two miles from Garlic Island, between the towns of Neenah and Oshkosh.

The photos were first shared on Facebook by Don Herman. He is the owner of SUNK? Dive and Ice Rescue that operates in this area. According to his estimation, the letters are 250 feet large. Every one of them. On the official Facebook page of his company, he wrote: “Someone spent a lot of time plowing 250 ft letters.”

Someone spent a lot of time plowing 250 ft letters

The photos, you can see above, speak more than words. This is a clear indication that Trump will once again win in Wisconsin. During the 2016 elections, he had 47.2% of the votes, while Hillary Clinton had 46.5%. This time the difference will, without a doubt, be more significant regardless of who is Donald Trump’s opponent.

The most recent poll, by Quinnipiac, done last month, shows that President has the edge over all Democrat candidates.

Will Trump Find Out Who He Runs Against After Super Tuesday?