Will Melania Trump Pay a Homage to Princess Diana at Taj Mahal?

EXPRESS – 02/22/2020: Melania Trump and her husband, Donald Trump, will be on a diplomatic visit to India in a few days. One of the locations they are going to visit is the famous Taj Mahal. Here, Melania could give a little memento to the late Princess Diana.

The Trumps are scheduled for a two-day visit to one of the world’s most populated countries. On February 24th, they will land at New Delhi airport. There they will attend an event called Namaste Trump on the world’s biggest cricket stadium. Also, they will pay a visit to the Taj Mahal. 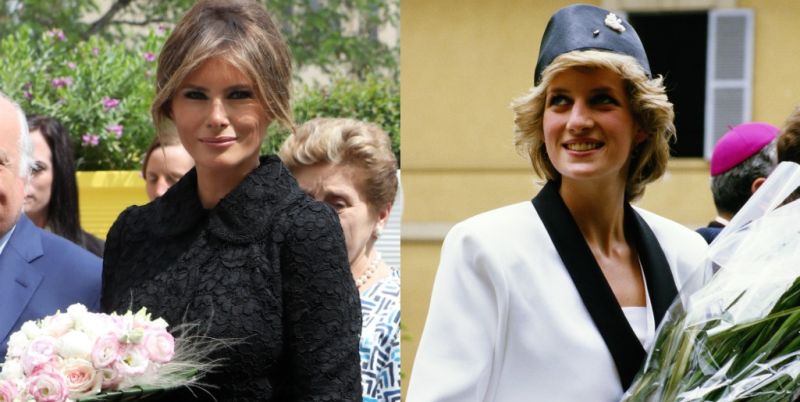 The speculations claim that the First Lady will pose for a photo on the same bench where Princess Diana famously took a picture. By doing this, Melania Trump could pay homage to the late Princess.

The late Princess Diana posed for the photo in 1992 during her visit to the Taj Mahal. Then she famously took a picture on a bench, which is 112-years old. Since then, this bench at the Taj Mahal is called Diana’s bench. Sources close to Indian Today magazine claim that Trump’s presidential couple may be going to take the photo on the same bench. For some time now, it’s known that Trumps are going to visit India. FLOTUS shared this information on her official Twitter account. The amount of money spent on their visit is close to $63 million. In recent days there were reports that the first daughter Ivanka Trump will also be a part of the diplomatic convoy, making this a family trip to India.

The First Lady will be escorted by a specially created ten-member team of female Indian police officers. They will be wearing unique uniforms tailored specially for this occasion. While this visit was all about the First Lady and President Trump, now Ivanka may steal a part of the spotlight. If this happens, the relationship between Melania and Ivanka could be further strained.

Will Melania’s Happiness Classes Help Her Marriage With Donald?