Is Donald Trump Suffering From Early Stages of Dementia?

INTERNATIONAL BUSINESS TIMES – 01/24/2020: Donald Trump is a man with many duties, and some of them seem to be taking a toll on Mr. President. After his appearance in Wisconsin Republican rally, many wondered if his health is in order.

During that rally, he had issues with his right leg, which made him look disoriented and without balance. Internet users were quick to notice this and comments on what might be wrong with POTUS started. Some believed that his health is worsening due to dementia. 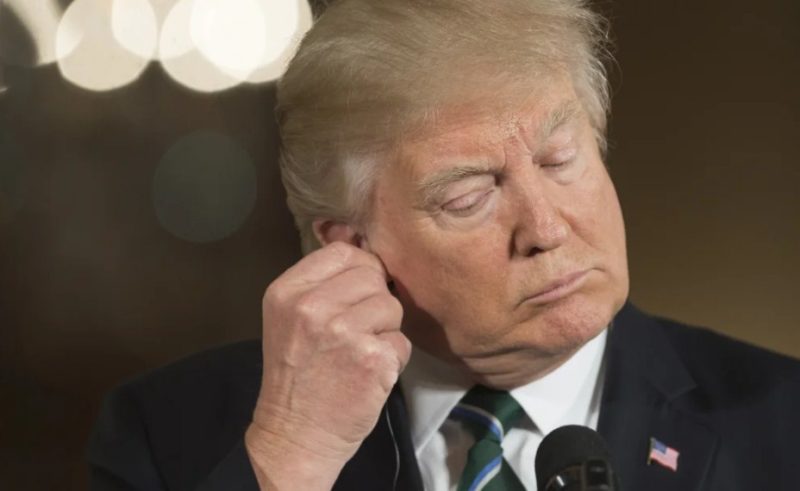 With the way Donald Trump walks, talks, and acts, many are secure that he’s health is deteriorating. White House doctors officially confirm none of this, but POTUS looks like a man in the risk of a stroke and one suffering from early stages of dementia.

The efforts needed to run a state such as the United States of America would take a toll on the younger man. President Trump will be 74-years old on June 14th. Interestingly both of his rivals in the upcoming elections Joe Biden (77) and Bernie Sanders (78) are older than him.

Man, in a position that Donald Trump is, a billionaire President of the world’s most powerful nation, has the best available doctors. But, what worries us is whether he has the time to visit any of them. With constant obligations regarding state affairs, Trump was at one point on the bring of a World War. Furthermore, he currently has an ongoing impeachment trial, which is being conducted in his absence. At the moment, Trump is in Davos at Worlds Economic Forum.

A lifestyle that President of the US leads requires him to travel the world while dealing with internal matters. Doing this brings a lot of stress on both the body and the mind. It won’t be a surprise if we get confirmation of Trump’s condition if he has one. Until that happens, we need to wish good health upon our President.

Davos is More Important to Donald Trump Than Melania