Vin Diesel is still enjoying the last summer days in full swing. The famous actor is on a trip to Italy, and he went full vacation mode. The Fast&Furious actor was caught by paparazzi on a yacht in Portofino. The actor looked like he has no worries in the world.

The summer days in Italy are quite relaxing for Diesel, who paid no attention to what’s happening around him. The Riddick actor was wearing only bathing shorts and sunglasses. He was doing some business on his phone which was in his hands. For Vin, this is a family vacation as he was accompanied by his girlfriend Paloma Jimenez, and his three children: the thirteen years old Hania, an eleven-year-old boy Vincent, and their youngest the six years old Pauline. 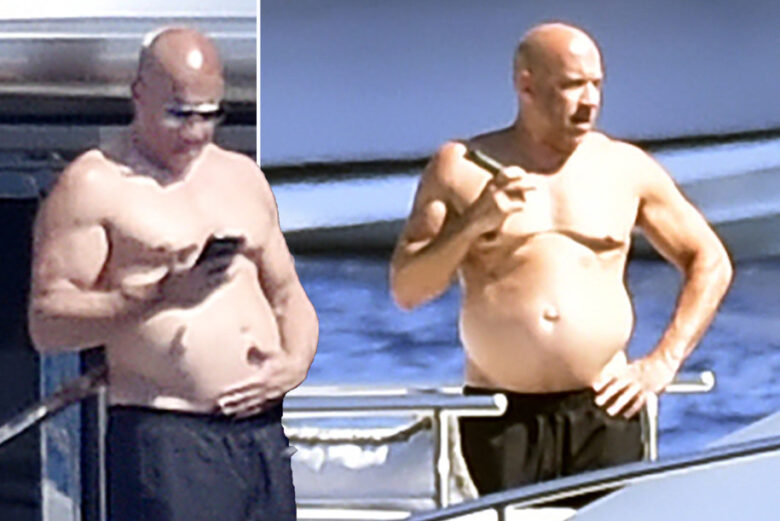 Vin Diesel, whose real name is Mark Sinclair, was doing business while he was in Italy. He’s known as someone who has many obligations, so obviously his vacation had to contain some business chores. The Guardians of The Galaxy actor was present at a Dolce&Gabbana fashion show which lasted for three days and was held in Venice. It was a star-studded event with the likes of Vanessa Bryant, Travis Baker, Kourtney Kardashian, and Jennifer Lopez all in attendance.

Diesel shared his sentiment about the Italy getaway on Instagram. The Bloodshot actor wrote this: “Venice was filled with so many magical moments, ones that I hope to share with you. For now, I have selected two of those moments that bookend what some will call the best show of the year! Saying hello to my New York brother @diddy at the beginning, and saying farewell to my Italian brother “lil Dom” haha, at the end.”

As we said, he loves to work at all times, so in the mid-time, he also toured Sky Studios in London. The reason was probably some of his future projects that Vin already has planned. But, what remains a mystery is what kind of roles he now has on his mind. Considering that we have seen his body on full display, we can say he looks nothing like an action hero or a Marvel character he’s rumored to want to play.

The Fate of The Furious Actor is somewhat known as someone who allows himself a bit of relief and his body takes the hits. He looks nothing like he did in the past being evidently overweight, with his stomach needing real shredding. This is not the first time that Diesel is out of shape. Back in 2015 paparazzi caught him in Miami looking like a soccer dad, more than a Hollywood superstar known for roles of Xander Cage and Riddick. 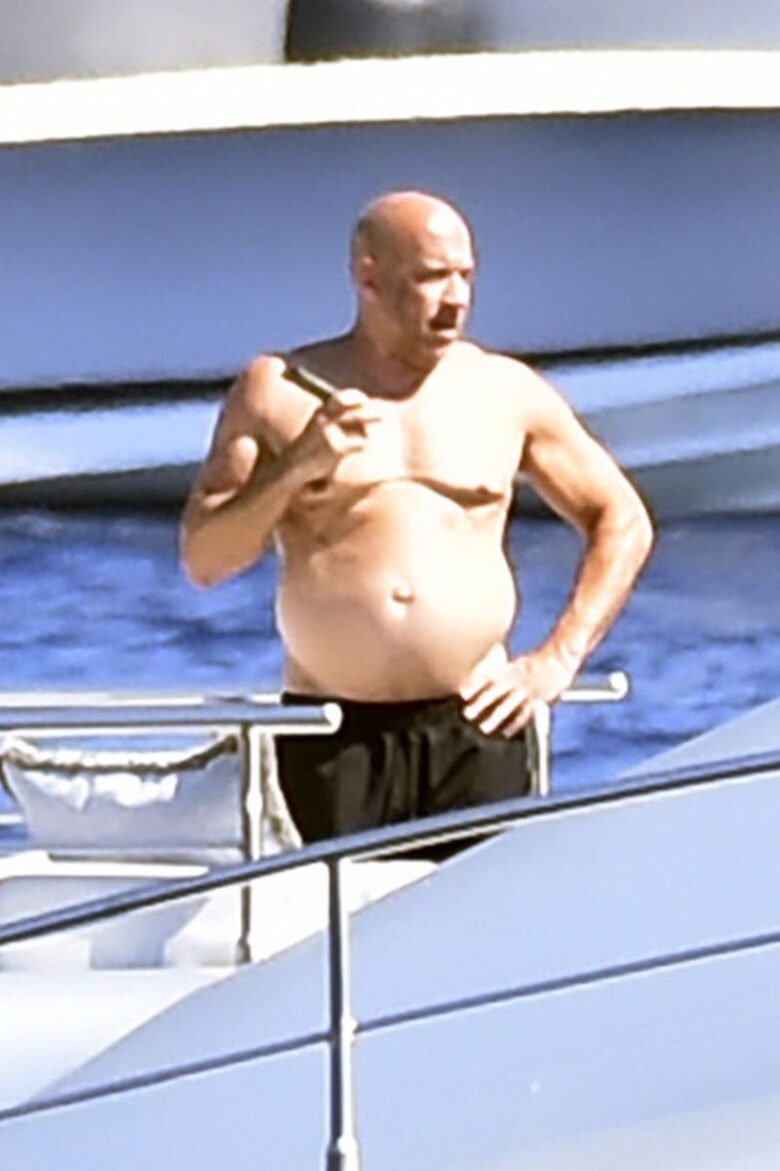 Diesel is probably very well aware that he’s going to need to hit the gym in the coming months to be prepared for more challenges that his work demands. But, he didn’t miss the chance to take a dig at photographers and journalists who focus on his lack of shape. This is what Diesel wrote on Instagram: It is amazing the response from the journalists who I have been talking to for the last two days in New York. Today one wanted to see the dad bod. Haha. I am wondering if I should show the picture… Body shaming is always wrong! What do you think?”

It would be fun to see what his new nemesis Dwayne The Rock Johnson thinks about his appearance. The Rampage actor is known for his physique, and as someone who never misses a gym session. The two actors have an ongoing feud, and it could be only a matter f time before The Rock takes a dig at his colleague and former associate. After all, the fans still don’t know who started their feud nor who will end it. All we know is that Johnson could make it worse if he focuses on the lack of work Diesel put into his body.

How To Protect Your Skin From Chlorine And Swimming Pool Chemicals? – 2022 Guide