After breaking up her nine years-long relationship, for Vanessa Hudgens, everything seems to have gone down the hill. Some may say her fashion choices also suffered.

The 31-year-old actress appeared at the “Bad Boys for Life” premiere in a long white feathered dress, paired with black platform heels. Fans and fashion experts are wondering if this creation is a dress or a nightgown. 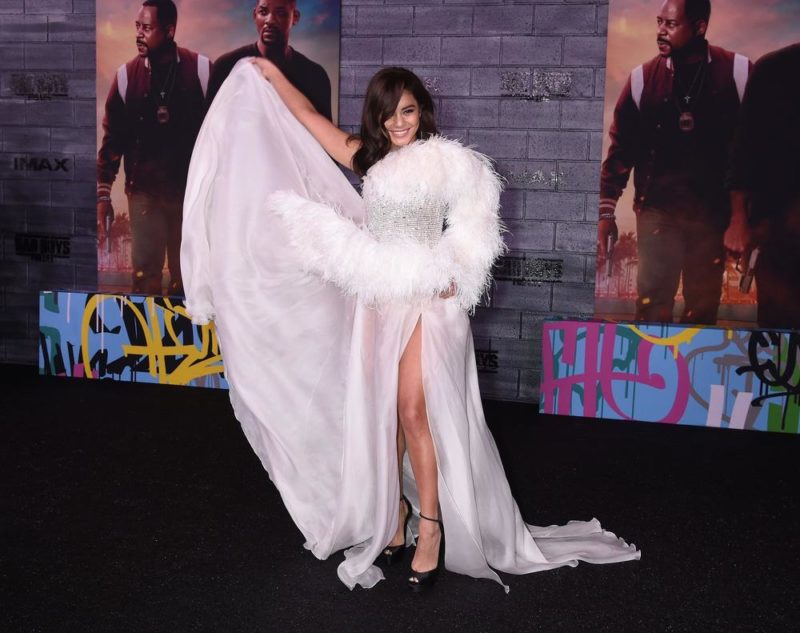 The combination of tulle, feathers, and zircon was too much for the critics’ taste, so Vanessa’s styling by designer Georges Hobeika was rated the lowest. They also had a grudge about her choice of shoes. This platform sandal model is long out of fashion, they say.

The avalanche of bad comments, however, failed to spoil her mood and prevent her from having a good time. She didn’t remove the smile from her face all night.

Austin Butler and Vanessa Hudgens broke up after spending nine years together. Their fans were heartbroken when they heard the news.

austin and vanessa are over after NINE YEARS? love is DEAD. pic.twitter.com/dh6r5EuG0m

Vanessa Hudgens and Austin Butler splitting up is an attack on love everywhere pic.twitter.com/Rqs6Q6qKvL

This was her first red-carpet appearance after the split.