Trump Will Miss St Patrick’s Day Lunch, But You Won’t Believe Why

ECONOTIMES – 03/09/2020: Donald Trump and Melania Trump are a different breed of President and First Lady. They are, above all, a pair that doesn’t follow traditions and norms established by those who came before them.

Today we know that once again, there’s a tradition that POTUS won’t honor. Mr. Trump is going to miss the annual lunch organized on St. Patrick’s Day. Not only that but even the vice-president Mike Pence won’t be there. The lunch is scheduled for Thursday, March 12th, at Capitol Hill. 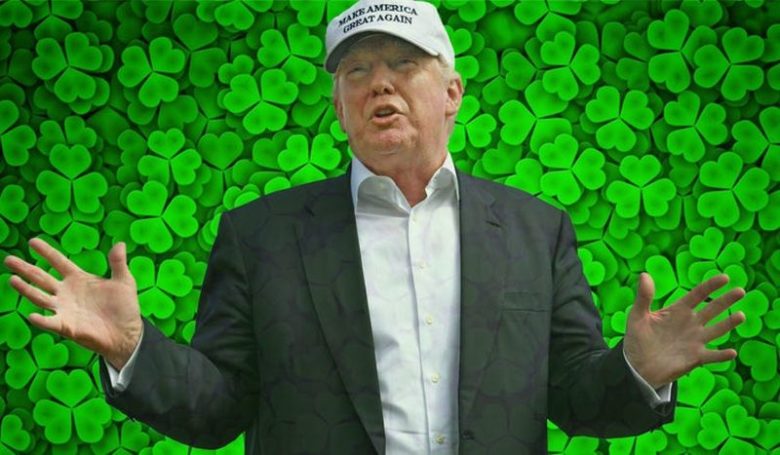 This occasion will be the first time in 30 years since the event was established that President or vice-president wouldn’t be present. All in all, it will be the fourth time held without the presence of a President of the United States.

Read Also: Is Trump in Denial Regarding Coronavirus, or is He Straight Out Lying?

The White House issued an official statement regarding Trump’s snub of the event. The reason is a personal feud between President Donald Trump and House Speaker Nancy Pelosi. The St Patrick’s lunch has House Speaker as its host, and this year it will be Pelosi.

The statement goes as following: “Since the Speaker has chosen to tear this Nation apart with her actions and rhetoric, the President will not participate in moments where she so often chooses to drive discord and disunity, and will instead celebrate the rich history and strong ties between the United States and Ireland at the White House.”

POTUS and Nancy Pelosi had their relationship strained since the talk about impeachment started. The entire trial fiasco and what followed at the State of the Union only drifted them apart.

Pelosi didn’t remain silent on the White House statement and responded with: “There has never been stronger support in the Congress and the country for the U.S. – Ireland bilateral relationship. One would think that the White House could set petty, partisan politics aside for this historic occasion.”

It would seem their feud is nowhere near finished.

Could Ivanka Trump be The First Female President?