Donald Trump is no longer the president of the United States. But, it’s not like he’s not planning to run for the office again; he plans to do so. In order to visit as many rallies as he can during one of his upcoming campaigns, he needs to do a little makeover of his airplane. The air vehicle in question is a 757 Boeing owned privately by Mr. Trump. It has a massive T painted on the tail, with the last name of the president decorating both sides of the plane.

While there’s no apparent malfunction with the airplane, it has been unused since 2017. Yes, that’s right. Once Donald became the president, the plane was lying down at the New York airport for four years now. Once Donald Trump became 45th President of the United States, he was no longer in need of a private airplane, as he got the Air Force One at his disposal.

It was easy to take advantage of the Air Force One for Donald. After all, his Boeing is thirty years old, and 757-200 is no longer state of the art machine. Instead of selling it, Trump took advantage of his newly found position and left it lying down at the Stewart International Airport. It is not too far from his Manhattan real estate, being as close as sixty miles. 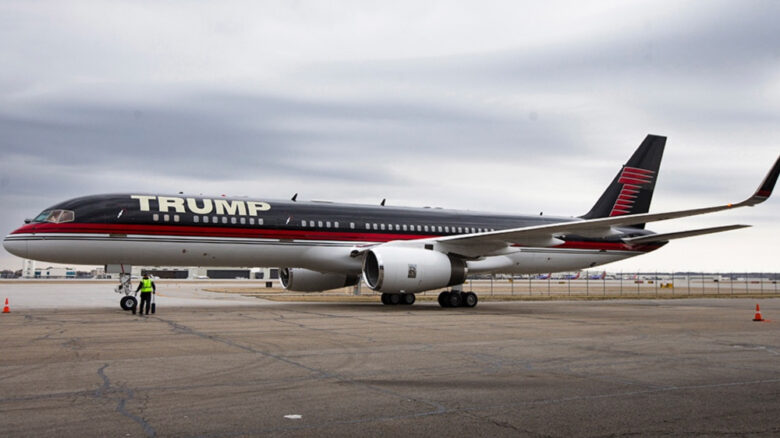 This plane has a long history, which is no surprise as it is thirty years old. It was first commissioned by a Danish airway company called Denmark Sterling Airways. After it runs its course there it moved to another side of the world to Mexico and their TESA Airlines. As if being exchanged between two massive companies wasn’t enough it continued its work-life in the hands of no other than Microsoft co-founder Paul Allen. He bought this plane to serve as his corporate jet. This transaction occurred in 1995.

In the next sixteen years, it was in Allen’s hands, before in 2011 it was acquired by Trump’s DJT Operations LLC. By then it lost most of its interior appearance as Donald decided to redecorate it. Once he finished with it, the plane featured a bedroom, pieces paved in gold, and a mahogany table. 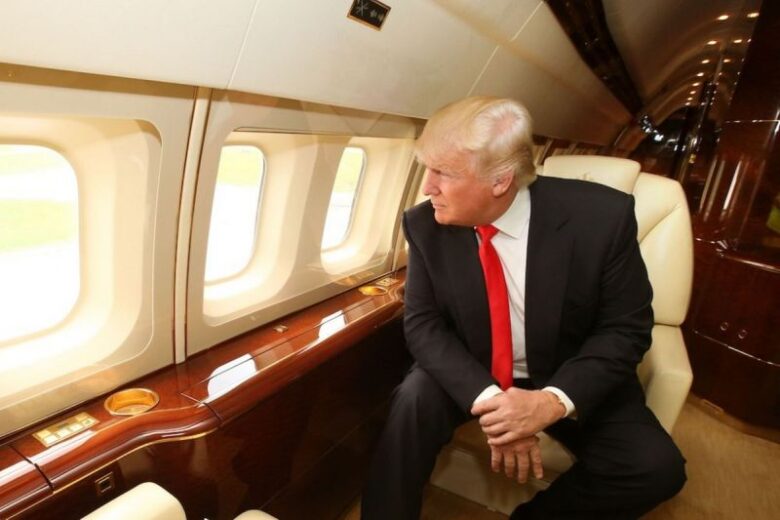 The plane is once again in the center of attention, as Donald Trump decided to talk about it on his private website. If you can remember, after his presidency ended in a bad manner, he was stripped of the ability to state his opinions on social media platforms. Since then he used www.donaldjtrump.com to state his opinions. This is what he wrote regarding his airplane: “Many people have asked about the beautiful Boeing 757 that became so iconic during the Trump rallies. It was effectively kept in storage in Upstate New York in that I was not allowed to use it during my presidency.”

It would seem that there was more than one reason why former POTUS wasn’t allowed to sue it during his presidency. Now that’s in the past, and he shed some light on its future: It is now being fully restored and updated and will be put back into service sometime before the end of the year. It will soon be brought to a Louisiana service facility for the completion of work, inspection and updating of Rolls-Royce engines, and a brand new paint job. When completed, it will be better than ever and again used at upcoming rallies!“

If Trump remains honest in his words, the plane once again is in the same service as it was back on June 16th of 2015 when Trump announced his run for the presidency. Back in the day, it was called Trump Force One. We’re sure we’ll hear about its moniker sometime in the future again.