THE GUARDIAN – 12/27/2019: Donald Trump doesn’t stop shocking everyone. His latest controversy includes pardoning Navy Seal accused of war crimes. Being charged doesn’t mean you are guilty. But, in this case, there’s a catch. His peers describe the soldier in question as toxic. Furthermore, they claim that he was glad to kill anything that moves while on duty in Iraq. His colleagues’ veterans reported him to the military authorities.

To make things worse, he was sentenced because the evidence against him were strong. Videos and text messages were presented that show how guilty he was. The Navy Seal in question, Eddie Gallagher, was convicted because he was taking a photo next to an Islamic State captive. The teenager was killed with a hunting knife. Gallagher was sentenced in July. In November, President Donald Trump granted him clemency. This decision angered military chiefs. 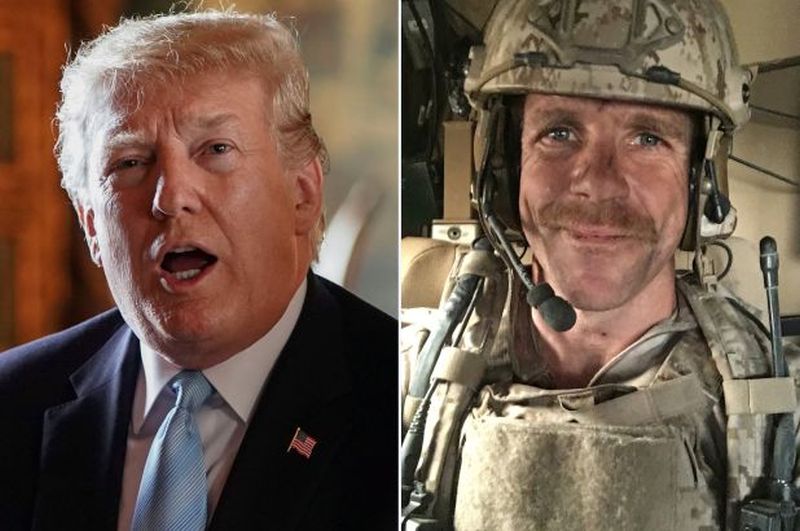 The fellow soldiers that served under him all testified of his wrongdoings. He was known as a ruthless man. During the tour in Iraq, he killed Islamic State captives with his knife. His platoon members were forced to pose with dead bodies. All of this happened in 2017.

At the trial, he was acquitted for the murder of an unnamed Islamic State soldier. His rank was demoted because he posed with the body. This was the decision Donald Trump reversed.

Navy Criminal Investigative Service investigated him. They found out that he was killing even when not on a mission. Among his victims, there are older adults and even a schoolgirl. His platoon members from Alpha Seal Team 7 talked about this with their superiors. At first, they were shushed. Later, when things got out of control, all of them were called to testify.

Finally got to thank the President and his amazing wife by giving them a little gift from Eddie’s deployment to Mosul. ?? #TRUMP2020 @realdonaldtrump @flotus


It was said that he even sent photos to his civilian friends. The most brutal was the one where he is posing with the head of a killed terrorist. The caption he provided was: “Good story behind this, got him with my hunting knife.”

Gallagher claimed that he was not guilty. He shamed his platoon members for going against him. According to a statement he gave to the Times magazine, it was mostly because they were jealous of him and could not live up to the standards he set.

The evidence against him were strong, and he was convicted of war crimes. Nonetheless, President Trump gave him and another two soldiers clemency. Earlier this week, Mr. Trump even had Gallagher and his wife as guests at his Mar-a-Lago resort.

Everyone Admired Kyle Jenner’s Dress, but She Wore a Necklace of 10 Million Euros on Her Neck