NT POST – 04/20/2020: Donald Trump held yet another exciting press conference on Sunday regarding coronavirus pandemic. He answered the questions regarding protesters who are on the streets voicing their displeasure on stay-at-home orders and social distancing measures. POTUS sides with them, with a claim that some governors are doing too much regarding the rules they imposed.

Talking at a White House press briefing, Mr. Trump said: “You are allowed to protest. Some have gone too far, some governors have gone too far. Some of the things that happened are maybe not so appropriate.” 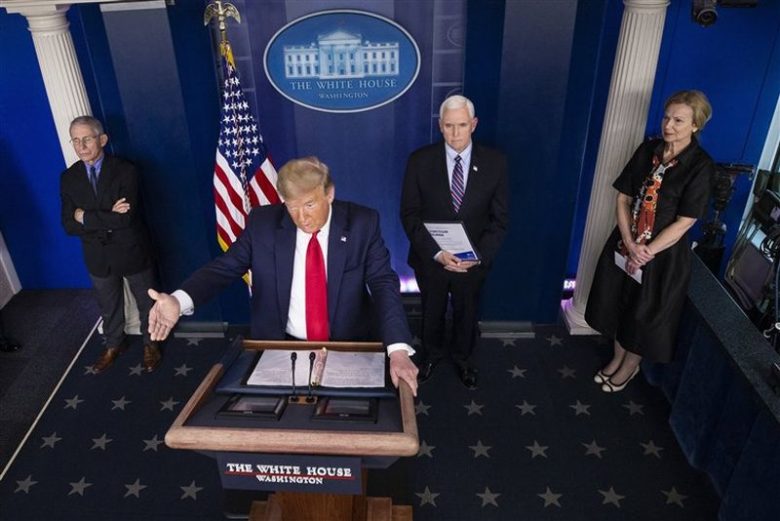 By now, it’s a known fact that POTUS is not on the same page with some of the governors regarding the opening of the states. Hence, Mr. President added: “And I think in the end it’s not going to matter because we’re starting to open up our states, and I think they’re going to open up very well.”

The measures that are imposed on citizens are there to protect the people of the United States, and the federal government suggested them. Donald Trump completely disregards the safety of the people who protest, and his part in imposing the named measures. Talking about the protesters, POTUS said: “As far as protesters, you know, I see protesters for all sorts of things. And I’m with everybody. I’m with everybody.”

LIBERATE VIRGINIA, and save your great 2nd Amendment. It is under siege!

It’s hard to keep track of everything Donald Trump is saying as he often contradicts himself. During Saturday’s briefing, he voiced support for the protesters who are protesting measures his administration imposed. During one of his tweetstorms, he even called for the liberation of Virginia, Michigan, and Minnesota.

Talking about the events that occurred during the weekend, POTUS said: “I’ve seen the people. I’ve seen interviews of the people. These are great people. They have got cabin fever. Their life was taken away from them… These people love our country, they want to get back to work.”

All You Need to Know About Phone Wallet Stickers