DAILY MAIL – 01/16/2020: Tiffany Trump and Michael Boulos are dating for some time now. Rumors surfaced that the pair got engaged. But, Boulos was quick to shut down these claims. In one of his Instagram posts, he denied the news that he and Tiffany are engaged.

According to false news, Donald Trump’s second daughter and the heir of Boulos Enterprises got engaged at Trump’s own Mar-a-Lago estate in Palm Beach, Florida. The pair did spend the holidays together, both Christmas and New Year’s Eve, but there was no ring popping. 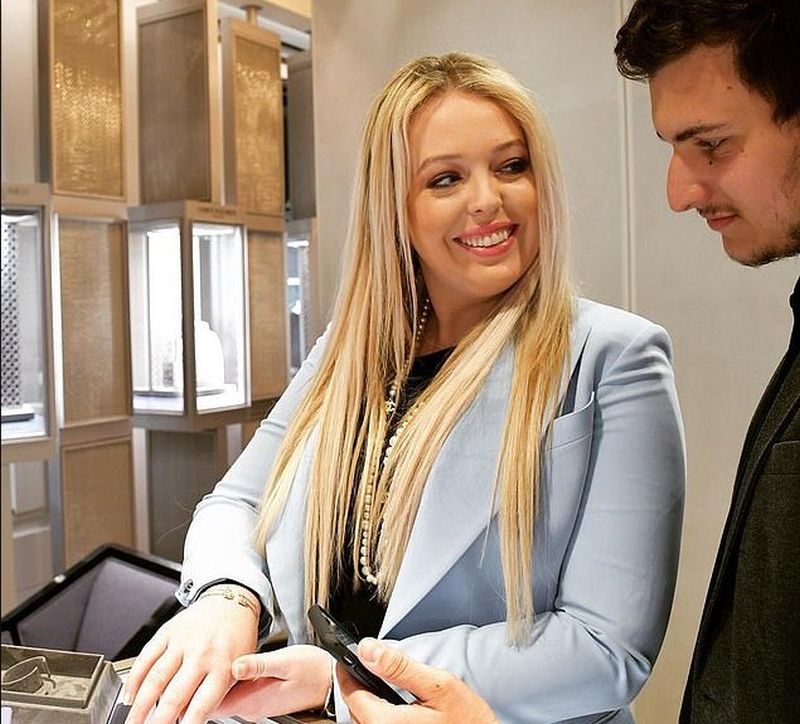 Boulos used Instagram to congratulate the New Year to everyone, but also to state that claims of him getting engaged are entirely false. It all started when the invitation letter started circling, which alluded that there’s going to be an engagement party scheduled for January 11th. The date stated is now behind us, and there was no such party if anyone still believed that there would be one.

Read Also: Tiffany Trump Insulted by the Nickname She Got From Media

The news first broke out in Boulos’ home country Lebanon, where the local MTV Lebanon reported that 26-year-old Tiffany Trump and 25-year-old Michael Boulos are getting engaged. As it’s usually the case, social media was all over the place showing their alleged invitational letter.

To make things even more absurd, the card was written in such matter that it looked that President Trump was inviting people together with his ex-wife Marla Maples. There was also a part that instructed you to contact the Secret Service if you want to report your attendance.

Tiffany Trump and Michael Boulous started dating in 2018. The pair met in Mykonos, Greece. Their relationship is quite public, considering the strong background of both of them. In the past, they spent much time with both the Boulos family and with Trump’s.

No wonder that the news of their engagement spread across social media like wildfire. Things like this will happen when you are a daughter of one Donald Trump, who just happens to be the President of the US.

Donald Trump Lashes Out at WHO For Their Coronavirus Response!

Did Ivanka Trump Used Her Position to Advertise Her Jewelry...