EXPRESS – 01/30/2020: Huawei just made a massive breakthrough in the UK market. The Chinese company was granted permission to be a part of the team in charge of creating the UK’s 5G network. This is a piece of colossal news and one that could not sit well with the US President Donald Trump. In the past, he had a feud with the Chinese manufacturer.

Before giving Huawei a role in making the UK’s 5G network, Prime Minister Boris Johnson was advised not to do so. The reason was among others, national security. Despite giving them partial access to the project, Huawei’s moves will be strictly monitored. 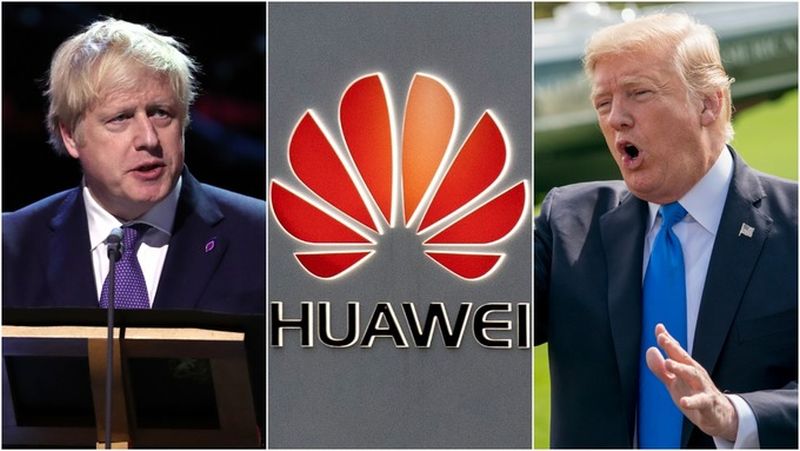 Despite coming from China, Huawei is one of the world’s biggest manufacturers of telecommunications equipment. Regarding smartphones, they are second only to Apple and Samsung. Its founder is Ren Zhengfei. On a yearly basis, Huawei has a revenue of 121.72 billion US dollars. Their net income in 2018 was $8.6 billion.

While being founded by Ren Zhengfei, the company is apparently owned by its workers through stocks. Huawei claims they are not associated with China’s government or military. But, in the past they worked closely with both. For a while back in the ’90s, the company was given a monopoly on the Chinese market. This was achieved by forbidding foreign competition.

This is the primary reason why President Donald Trump distrusts the Chinese company. POTUS believes that Huawei still works with the Chinese government. Because of this, Trump put Huawei on a list of companies the US doesn’t do trade with.

In essence, US companies are forbidden from selling technology to Huawei unless they are given permission. Same as with the UK, White House believes that this Chinese company is a threat to national security.

So far, Huawei denied all accusations made by Donald Trump and the US Government. Among other things, Trump accused them of trade violations, espionage, and intellectual property theft.