When it comes to the music, the 2010s will be remembered for both great and bad songs. This era has been marked by some of the groud-breaking singles, but also by certain songs that gave the era a bad musical reputation. 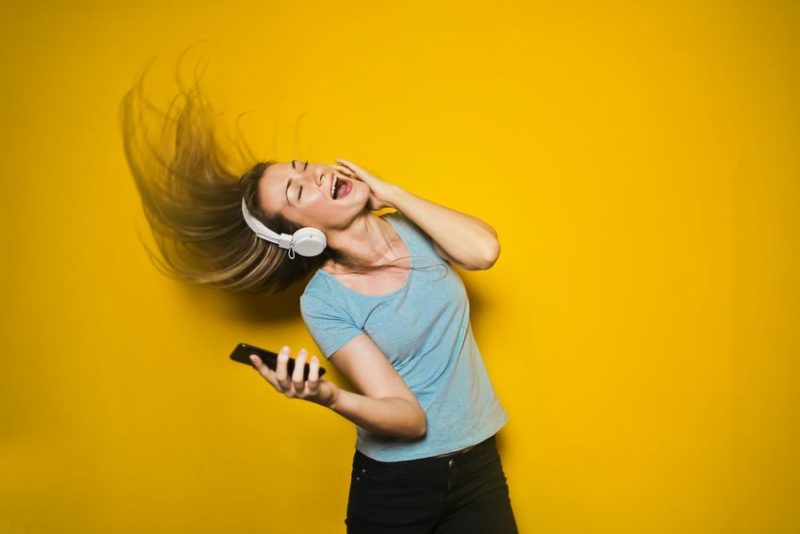 From the very best hits to the ones with racist and sexist lyrics, we present you with a list of the best and worst songs of the decade. Take a look.

The end of 2009, and the beginning of 2010, didn’t seem promising for Kanye West. First we witnessed his I’ma let you finish speech, and soon after the news of his split from Amber Rose. However, at the 2010 VMAs, his instantly iconic song Runaway was premiered. To this day, the song is considered to be the highest point of West’s career, in which he exposed his shortcomings, but also paved a way for his amazing comeback.

Dancing On My Own by Robyn

When you hear a song that speaks about a female who dances alone in a club while watching her ex-lover kissing another woman, you expect a melancholy tone, and definitely not an overwhelming joy. Swedish singer Robyn found an inspiration for this song from disco anthems by Ultravox, Sylvester and Donna Summer, and released an electronic and dance-pop jam which makes people euphoric instead of sad.

All Too Well by Taylor Swift

Taylor Swift has had numerous hits, but this particular song received widespread critical acclaim upon release, and both critics and fans believe that this is the best song Swift has ever written. Swift labeled the song as the hardest to write on the album Red. She and her co-writer Liz Rose originally made a song which was about 15 minutes long, before cutting it down to the important pieces. This emotive breakup ballad was released in 2012.

Royals was described as „a class-conscious critique of pop-culture materialism that’s so irresistible it became a No. 1 pop single“ by Jon Pareles of the New York Times. The song was very popular, and it even topped Billboard’s alternative chart in 2013. This was an important event because since 1996 no female solo artist managed to do it.

Run Away With Me by Carly Rae Jepsen

Run Away With Me was featured on Jepsen’s third studio album Emotion, back in 2015. The song was popular in Scotland, Slovakia, Czech Republic, Canada, Finland, Ireland, Australia, and in the US. The numerous critics wrote positive things about this summer jam, including Spin magazine, Paper magazine, Rolling Stone, Pitchfork, Time magazine, and others.

On his third album To Pimp A Butterfly from 2015, Kendrick Lamar included a song titled Alright, which was highlighting the message in the social context of the time. The song received four nominations at the 58th Grammy Awards, and won two of them. Several youth-led protests were heard chanting the chorus, which led to the song being associated with Black Lives Matter movement. The inspiration for the lyrics came from Lamar’s trip to South Africa, and he said that Alright is a message of hope.

Formation is a lead single on Beyonce’s sixth studio album Lemonade, and it was Google’s most searched song of 2016. Apart from song providing us with an amazing listening experience, it also sends a message which made the song part of cultural moment. Critics described the song as a statement of radical black positivity. Empowerment and pride in a heritage as a black American is the main message the song sends.

Read also: Here Are All the Things Beyoncé Spends Her Fortune On

In 2016, Frank Ocean released a song Nikes, as the lead single from his second studio album Blonde. The song is packed with poetic lyricism, amazing composition, and hidden layers. Ocean stated that he spent 900 days perfecting one mid-song transition, which deleyed the album’s release.

This catchy song is believed to be appropriate for only eighth-grade graduation parties and cheesy wedding receptions. Simon Price of The Independent, stated that the song is a low quality attempt to satisfy listeners. Many critics didn’t agree with the choice of sample and were disappointed with the chorus.

Red Solo Cup, as the title reveals, is a song about red plastic cups and their usage at parties, among other occasions. Toby Keith called it both „the stupidest song that I have ever heard in my life“ and „freakin’ awesome.“

Sexy And I Know It by LMFAO

Sexy And I Know It was released in 2011, as the third single from LMFAO’s second studio album Sorry For Party Rocking. The song was both catchy and embarrassing. Its music video was flagged for sexual content, and the song was compared to the Right Said Fred’s I’m Too Sexy. Numerous critics weren’t pleased with the song.

Both lyrics and music video to Blurred Lines were controversial, and many people claimed that they are misogynistic and promote a rape culture. The song promotes an incorrect idea that a man knows more about what a woman wants than she does. Despite being one of the best-selling singles of all time, Blurred Lines made many fans uncomfortable.

This song produced controversy for its discussion of racism. Jason Lipshutz of Billboard, claimed that Accidental Racist „carries good intentions, but Paisley’s latest track fails to become more than a flat-footed apology for hate-induced uneasiness“. The song was seen as racism anthem.

#Selfie by The Chainsmokers

The Chainsmokers claimed they wrote #Selfie as a joke, but critics saw the song as sexits. The duo said that they were inspired by a regular club going women, and it is obvious that the song is about shallow mean females who like to talk trash about other girls, but more than that they like to take selfies.

Dear Future Husband was imagined as a song about chivalry and marriage, and lists qualities that females should require in a partner, but it turned out as a outdated and insulting. Trainor wanted to make a statement that women should be treated better by their lovers, but the lyrics didn’t seem to deliver the message, and were anti-feminist.

Fall was released in 2018 as the tenth single on Eminem’s tenth studio album Kamikaze. The song criticizes the contemporary hip-hop scene. Eminem used words like faggot to describe some of the men he was dissing on his track. Mikelle Street of Billboard stated that Eminem should be „held accountable for using homophobic slurs“.