A few days ago, Taylor Swift received a very nice Woman of the Decade award by Billboard. On this occasion, she attended a ceremony where, after receiving the award, she gave a speech in which she again criticized private equity. More specifically, the popular American singer has criticized the actions of Scooter Braun as well as George Soros.

Last night Taylor Swift revealed in her Billboard “Woman of The Decade” speech that billionaire Dem donor George Soros funded the deal to buy the rights to her music. pic.twitter.com/RoHe8abHv6

Specifically, Scooter Braun, who has been a successful businessman and music manager, has not been on good terms with Taylor Swift for several years.

Their conflict was further exacerbated when Braun acquired the Big Machine Label Group for $300 million, just a few months ago. This is a record label with which Swift collaborated for many years, from 2005 to 2017. This means that this record company has exclusive rights to much of its work. 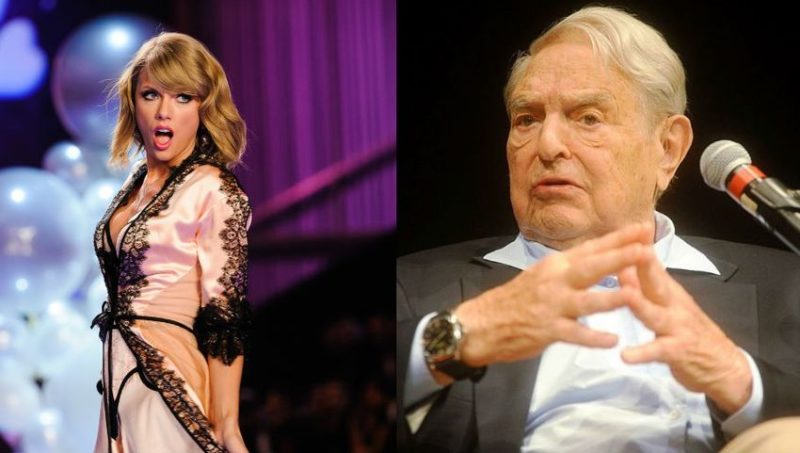 Now, it can be said that her masters are owned by the enemy. Taylor spoke about this at a Woman of the Decade award ceremony a few days ago:

“After I was denied the chance to purchase my music outright, my entire catalog was sold to Scooter Braun’s Ithaca Holdings in a deal that I’m told was funded by the Soros family, 23 Capital, and the Carlyle Group.

“Yet to this day, none of these investors have bothered to contact me or my team directly to perform their due diligence on their investment, on their investment in me. To ask how I might feel about the new owner of my art, the music I wrote, the videos I created, photos of me, my handwriting, my album designs.”

So, in addition to her longtime “enemy,” Taylor also criticized George Soros, a well-known American investor. According to her, none of the investors have contacted her so far and that is really big problem. However, we believe that they will enter into an agreement and that the problem will be solved in the future.

Brad Pitt Invites Only His Biological Children to His Birthday Party: He Never Sees the Adopted Ones!