Piers Morgan started a feud with Meghan Markle and he’s not ready to stop now. As far he’s concerned it only gets started. His intentions became clear once he stated that his new gig is going to be a nightmare for the former Duchess of Sussex.

As you already know, Morgan left Good Morning Britain under uncanny terms, after he made various comments about Meghan Markle. Now, he is finally ready to get back to work, and after months of speculation, he announced his new job. His face will now be on your TV receivers if you turn your remote control to News UK’s TV channel.

Piers had to leave his previous job after he made comments about Meghan Markle. The TV host stated that he doesn’t believe the claims Markle made during her interview with Oprah Winfrey. The Suits actress used her influence and reached the owner of ITV Dame Carolyn, and asked for a formal apology from Piers Morgan. He, as one could have expected, refused to do so and walked from the station. 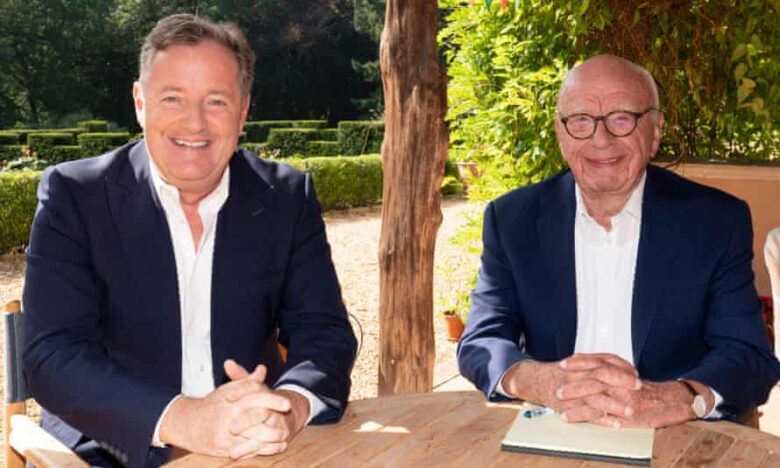 Now, Piers is back in the saddle with his new job. Many projects lie ahead of him as he’s one of the leading members in the announced series True Crime, a documentary, he’ll host an unnamed TV show on talkTV in 2022, and will be a host to other shows on their program. Morgan decided to celebrate his employment at Scarsdale Tavern, where he loves to reside. During his speech, which was a toast, he told The Sun:” And I need to say a special thank you, Meghan. As we sit drinking now, it was five years ago I met her here. And I bet she was sitting there celebrating my departure from Good Morning Britain so this move will be the stuff of nightmares for her. So cheers Meghan!”

While he had to quit his previous job, his former colleagues still hold him in high regard. The GMB crew congratulated him on a new gig, and sent a message:” Drinks are on him.” of course, his future colleagues also joined the consecrations and congratulations. For one shared a photo that was captioned with: “Well done to him, he’s raising a celebratory pint there.” Richard Arnold chimed in by saying: “My ears, my eyes, a global deal! Just when we were going to have a whip-round to make sure he could have a bird at the table at Christmas”

BREAKING: I’ve gone home. Great to be rejoining Rupert Murdoch’s News Corporation after 28 years. The place I started my media career, with the boss who gave me my first big break. We’re going to have a lot of fun…. pic.twitter.com/g6xBWvgXzd

At the same time, this is a new and old chapter for Piers Morgan. It is a new job by all means, but he will also be reuniting with his old boss Rupert Murdoch. Things look bright for Morgan as he is going to sign a deal with HarperCollins UK which will cover the world rights on his new title for hardback, audio, and digital formats. Furthermore, he’ll have deals in place with News Corp and Fox News Media and also The Sun and the New York Post where he’ll work as a columnist.

In the end, we’ll leave you his announcement of things to come in his immediate future: I’m thrilled to be returning to News Corp. which is where I began my media career more than 30 years ago. Rupert Murdoch has been a constant and fearless champion of free speech and we are going to be building something new and very exciting together. I want my global show to be a fearless forum for lively debate and agenda-setting interviews, and a place that celebrates the right of everyone to have an opinion, and for those opinions to be vigorously examined and challenged. I’m also delighted to become a columnist for The Sun and the New York Post, two brilliantly successful and popular newspaper brands. I’m going home and we’re going to have some fun.”