Sarah Hyland is together with Wells Adams for some time now. The two are even engaged, but they didn’t consume their relationship straight away. In fact, they have waited to get into the bed for three months. The reason is not the usual suspects, but are of medical nature. Even despite the medical explanation, people were still left shocked. But, once you hear her medical story and all the issues she went through and is still battling, you’ll understand more.

Most couples these days go straight for it, as there’s no point in waiting in the society we’re living at. But, the wait did happen for Sarah Hyland and Wells Adams. The Modern Family star was the one to come public with his to the surprise of many, as she’s considered to be promiscuous due to her character in the show. Bachelor in Paradise bartender had to wait for three months to get to the third base with the actress. It was a medical issue and she had to get doctor orders to be allowed to be intimate with her man.

Hyland was a guest at the EllenTube podcast, and in the section called Lady Parts, she talked about her issues. During the interview, she said: “My fiancé and I, we couldn’t have s** for three months before we actually did, just because medically for me, I wasn’t allowed to. It was this long waiting game that was really, really se*y.” 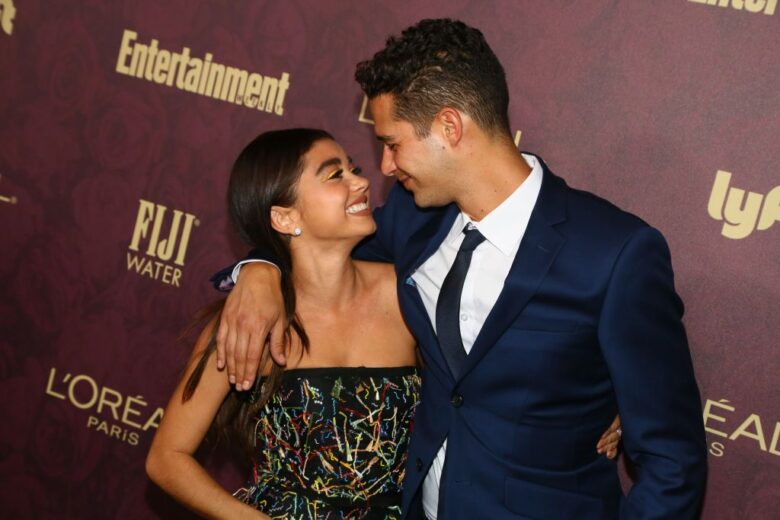 The actress is known for some of her medical issues, which are nothing to be scoffed at. She was diagnosed with kidney dysplasia in her early youth. Since then she underwent numerous surgeries and even had a kidney transplant operation. Both of her kidneys caused her issues, and both had to be replaced. Both times donors were members of her family. The first time, in 2012 it was her father who was the benefactor. This kidney failed, and she needed another one. This time it was her brother who put his body on the line in 2017.

As this wasn’t enough she also underwent endometriosis surgery. Her health was deteriorating further with each passing year, and in 2019 she made a confession to her fans that she is in a lot of pain each day. During a lot of her recent medical issues, she had a lot of support from her fiance. The pair got together in 2017 and got engaged in 2019. The wedding ceremony was planned for 2022 but was postponed due to the COVID-19 pandemic.

As you can see, even modern-day couples can wait if the feelings are in place. Who would have believed, that it was Sarah Hyland the one to wait before getting into the bed with her man? Unfortunately, for her, it was due to medical reasons as we explained above. We can only hope that she’s feeling well right now and that they can consume their love without any need to be interrupted.

How To Convert Your Video Files Without Losing Quality -2021?