Paris Fashion Week, Balenciaga, and The Simpsons teamed up to mock the latest celebrity looks. As expected, Kim Kardashian and Kanye were the top choices for the producers of the iconic cartoon. A special episode lasted only 10 minutes overlapping with the fashion show on Saturday.

Still, there were no hard feelings between the reality star and The Simpsons. Kim shared a still frame of the episode titling it with: “Show was lit”. She obviously joined the party and enjoyed the show. 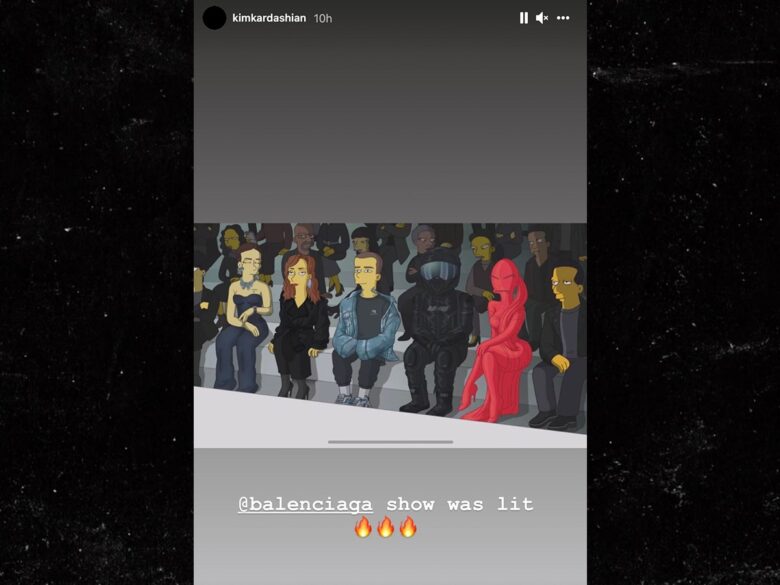 The cartoon ridiculed Kim’s ensemble from this year’s Met Gala event when she wore an all-black attire designed by Balenciaga covering her face, sporting two long trains behind and pointy black boots. The Simpsons show featured characters making jokes on account of super expensive french fashion show clothes with making a faux runway show. In the front row, a character wearing all red, head to toe, tight suit was a clear imply to Kim’s costume. 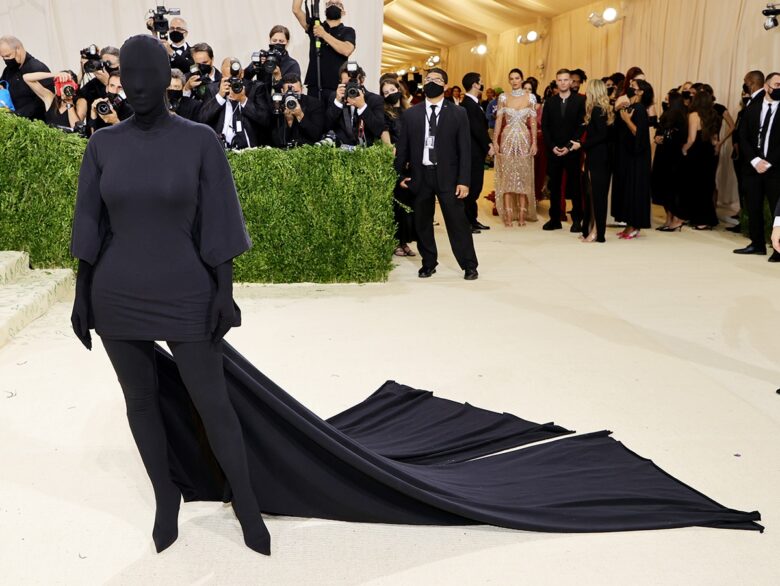 In the show, sitting next to the person in the red suit is another character that reminded us of Kanye. The figure was wearing something like bikers’ leather pants and a jacket with a helmet, all in black. It was probably a blended combination of Kanye’s attire of the spikey jacket and a full-on face mask he wore while promoting his new album “Donde”.

The main character, Homer, was seen wearing a puffy red jacket just like one of Kanye’s outfits. Big, heavy jackets were one of the signature pieces of Kanye’s appearance for a long time. Lately, he kind of is swaying more towards unique, bizarre, and unconventional clothing.

The show also took notice of Justin Bieber’s style. One figure appearing in the show is wearing street clothes, with baggy pants and oversized tops. Although Justin often wears hoodies, the character was wearing a jacket a few sizes too big. A clear indication that he was supposed to be a Canadian pop singer since he was also part of the Balenciaga campaign. 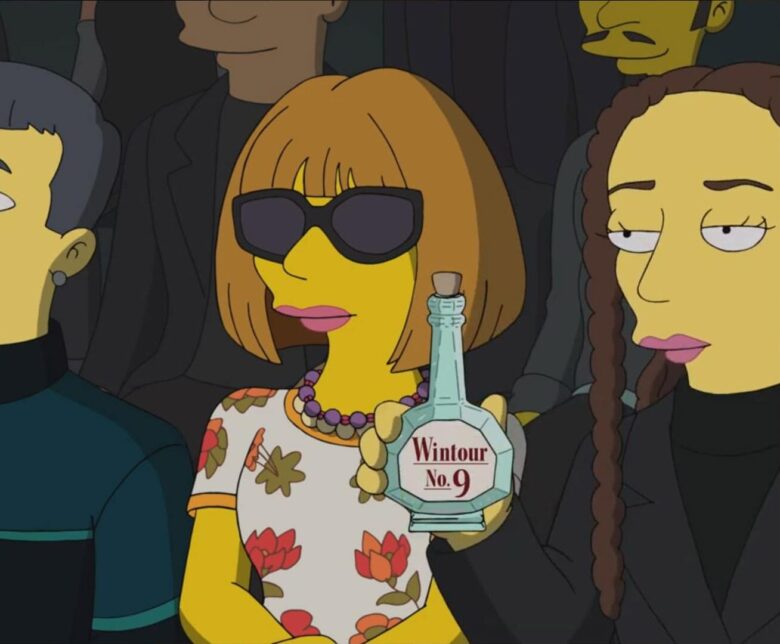 What kind of the Paris fashion show can pass without Anna Wintour? The Simpsons replicated her look with big black shades and a floral dress, sitting expressionless in the front row while others are trying to impress her. The Vogue editor-in-chief didn’t comment on the joke. 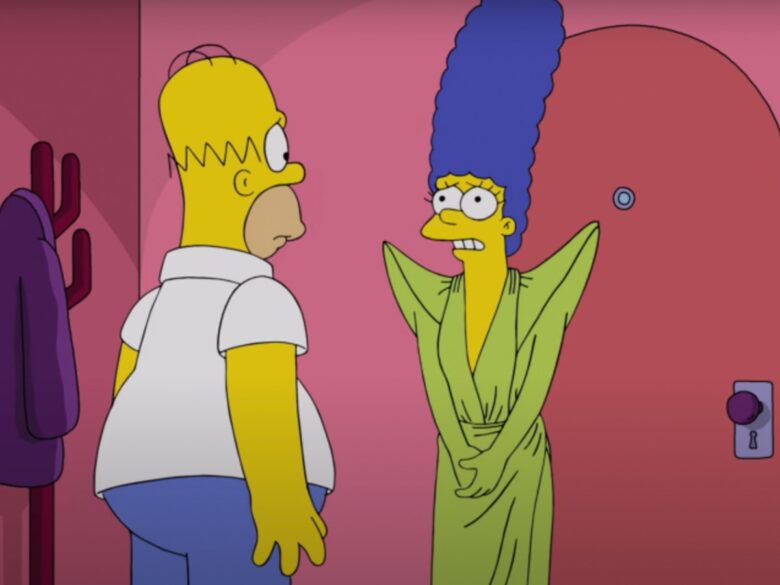 The whole show was dedicated to French fashion, cuisine, and culture. Homer, naturally, tried some of the exquisite dishes, especially enjoying escargot. The Simpsons have had a long run on prime-time TV – since 1989. In the past decade, the producers were criticized that the show went down the drain with the script, and having the same jokes over and over again. This was a nice refreshing episode that actually stays current with the times.

Pandemic vs Business: An Ultimate Guide