Salma Hayek shone on the red carpet at the 77th Golden Globes Awards ceremony, and because of her décolletage, she went viral across the globe. 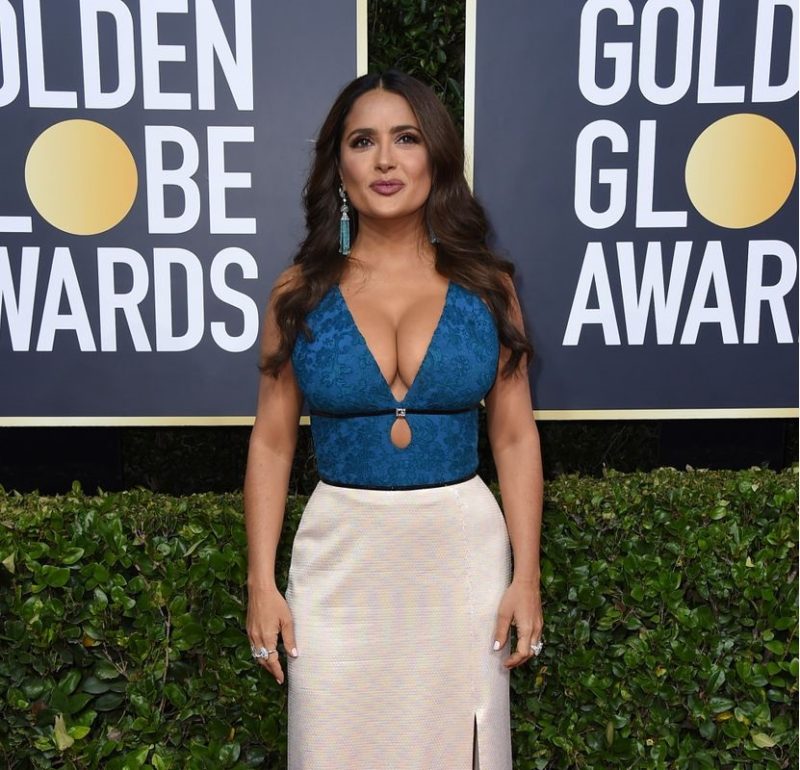 The beautiful 53-year-old actress wore a long “Gucci” dress that perfectly highlighted her curves. She paired this gown with earrings in the shades of the upper part of the outfit. Her nourished hair was curled into waves, and on her fingers, she had diamond rings. The only thing fashion critics dispute is whether the heels were hit or a mistake. 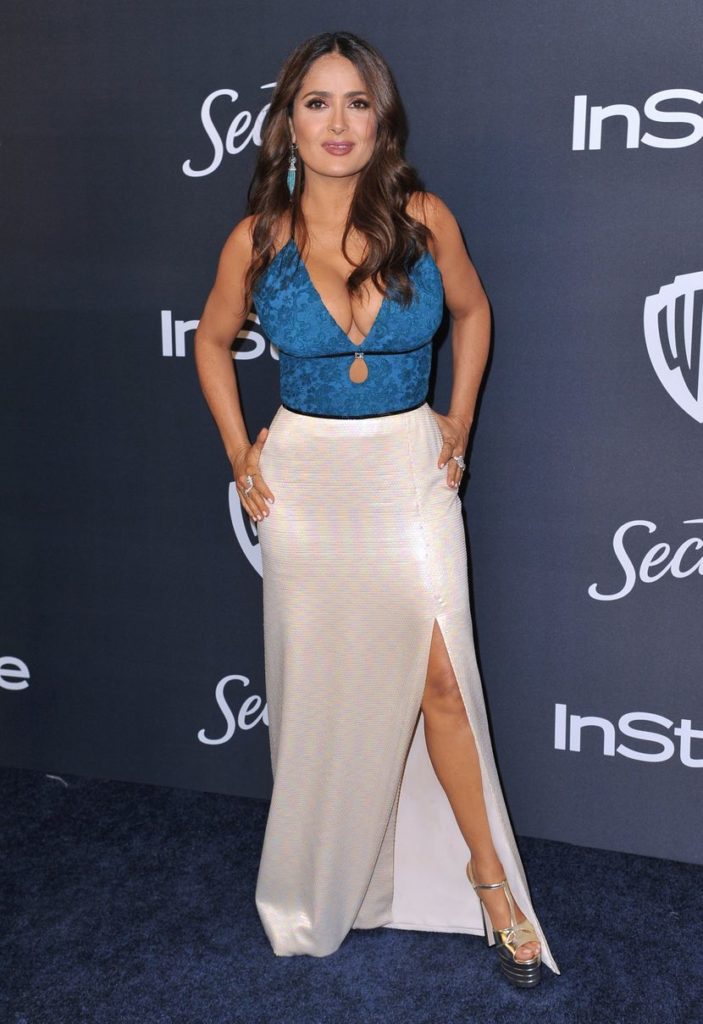 But what got under the eyes of social media users is her low neckline. Some of the comments are “Salma, sister, you’re worth a billion!”, “I don’t understand how she has such a breast with so many years,” “Bless her husband,” “Salma, it’s a crime to cover these breasts.” 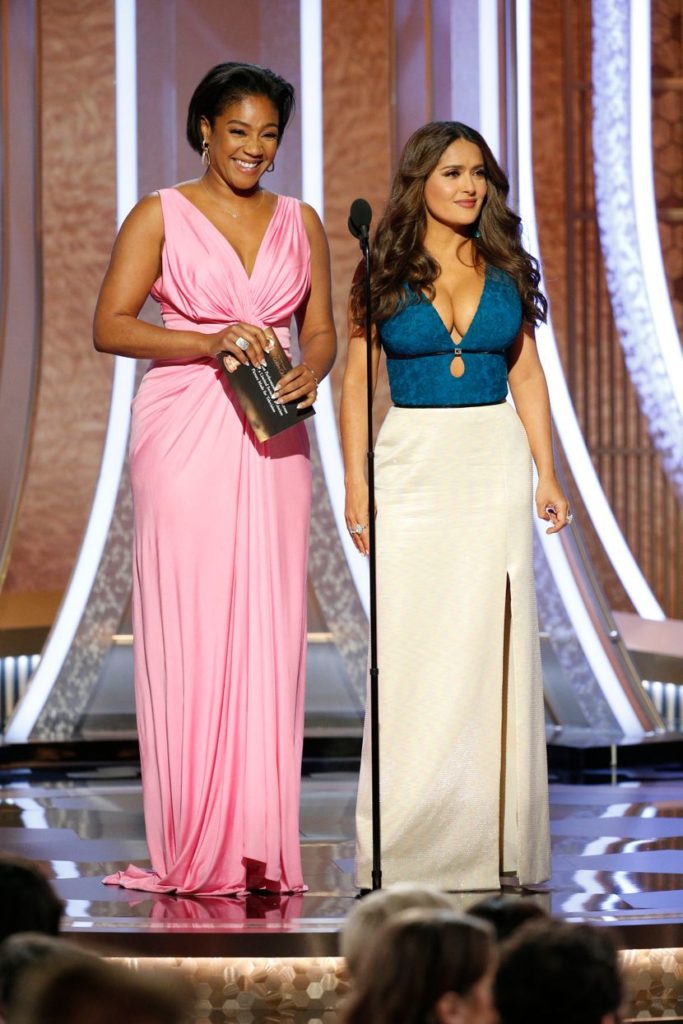 Salma shared a picture from 2020 Golden Globes on her Instagram posing with her colleague actor Antonio Banderas and famous director Pedro Almodovar.

The Mexican-American actress was there as a presenter. Her husband François-Henri Pinault didn’t come with her.