After James Middleton, 32-year-old brother of Duchess of Cambridge, asked his longtime girlfriend, 30-year-old Alizée Thévenot to marry him in early October last year, details of the young couple’s life remain intriguing for the British public, and the latest photos from a Caribbean island St. Barts, there are rumors that another baby may soon be coming to Kate Middleton’s family. 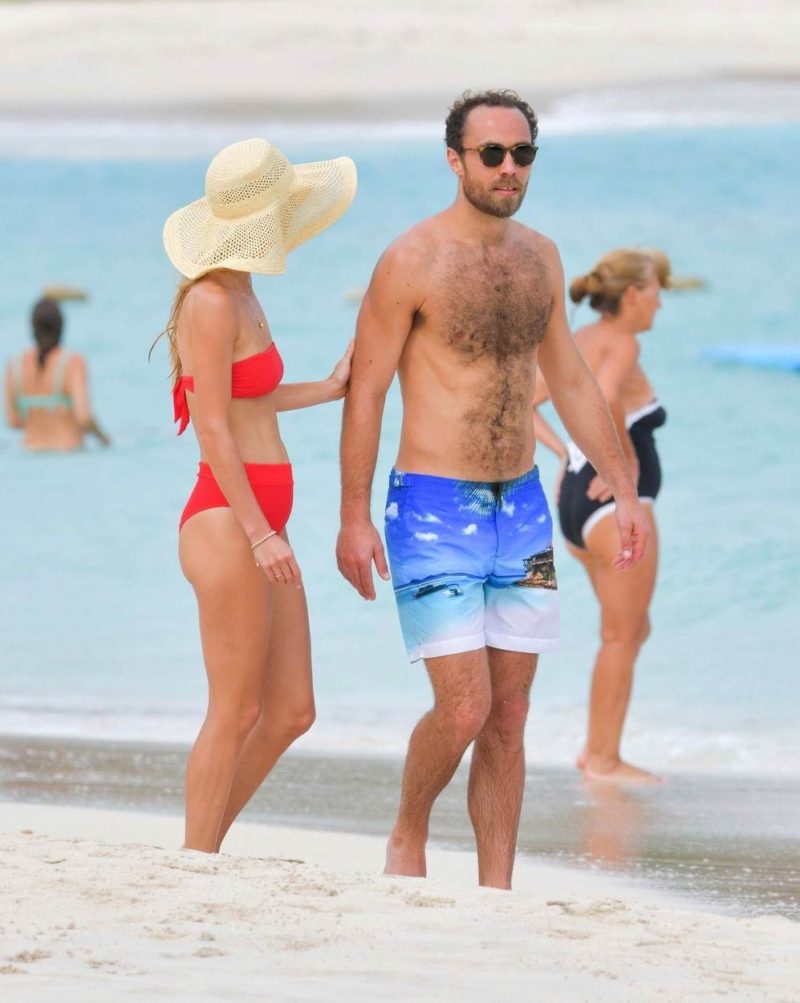 The fiancees were spotted on their vacation, enjoying the company of James’ parents, his sister Pippa and her husband, and the fans were especially attracted by the photo of the French woman with a rounded tummy. In a two-piece red swimsuit, the 30-year-old was filmed on a sandy beach, and many noticed that in the photo, slender Alizée’s belly was slightly larger than usual.

Read Also: Pippa Middleton Displays Her Incredible Physique in a Bikini During a Family Holiday 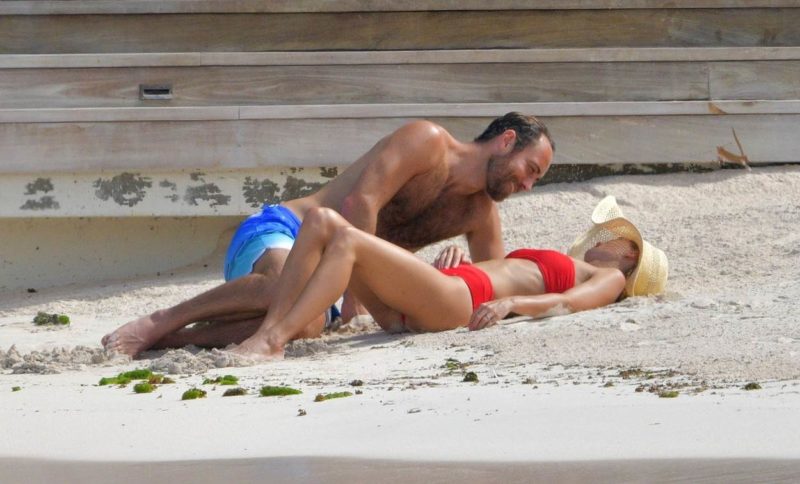 However, judging from the other photos, and the fact that no one from the family came forward for this rumor, it seems that this is just the angle of the picture that made James Middleton’s fiancee get a pregnant belly. By the way, Alizée Thévenot and the younger brother of Prince William’s wife met a little over a year ago at a London bar. They quickly became a very serious couple, as evidenced by an engagement in October.