CNN – 04/29/2020: Former Republican Senator Jeff Flake stated that he would rather vote for a Democrat candidate than for Donald Trump. Flake added that for the long-term future of the Republican party, it would be better if Donald Trump lost the elections in November.

During an interview with Washington Post, Senator Flake was asked about the future of the Republican party. He said: “I don’t know anyone who thinks that this is the future of the party. This is a demographic cul-de-sac we’re in, if nothing else. Anger and resentment only go so far; you have to have a governing philosophy.” 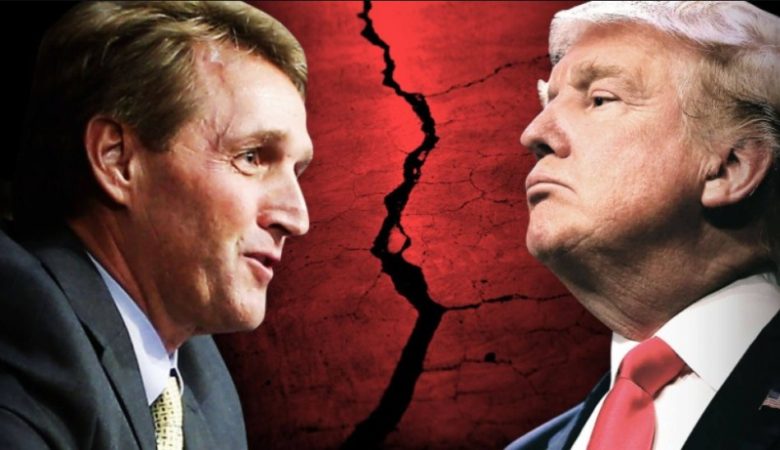 Former Senator Jeff Flake is a Trump critic for some time now, and he believes GOP shouldn’t support Trump in the upcoming elections. But, that’s behind us now, as POTUS has the Republican backing, despite being a divisive person. So, Flake is prepared to look into the future of GOP.

Read Also: GOP is Falling Apart From Inside Thanks to Donald Trump

Talking about what future holds for GOP and his dislike for Donald Trump, Arizona conservative added: “I don’t know of any of my colleagues who really believe this is it. I just couldn’t support [Donald Trump] long before he started to run. The birtherism thing was just too much for me. And then it piled on.”

During his stint in the Senate, Flake was one of Trump’s most prominent critics on both sides, but he always voted in accordance with his GOP colleagues. While there were suggestions that Flake could run against Trump for the spot of the Republican candidate, he decided to retire instead.

Talking about the upcoming elections, and a choice of Trump’s defeat or a second term, former Senator said: “Oh, a sound defeat, no doubt. Long term for the Republican Party, you bet. And for conservatism as well.”

On the possibility of voting for Trump’s adversary, Jeff Flake said: “Yeah. This won’t be the first time I’ve voted for a Democrat — though not for president [before]. Last time I voted for a third-party candidate. But I will not vote for Donald Trump.”