Rapper Post Malone, 24, concerned his fans with a crazy concert performance Friday night. In the viral videos that toured the globe, the rapper can be seen stumbling across the stage making confused facial expressions and barely standing. 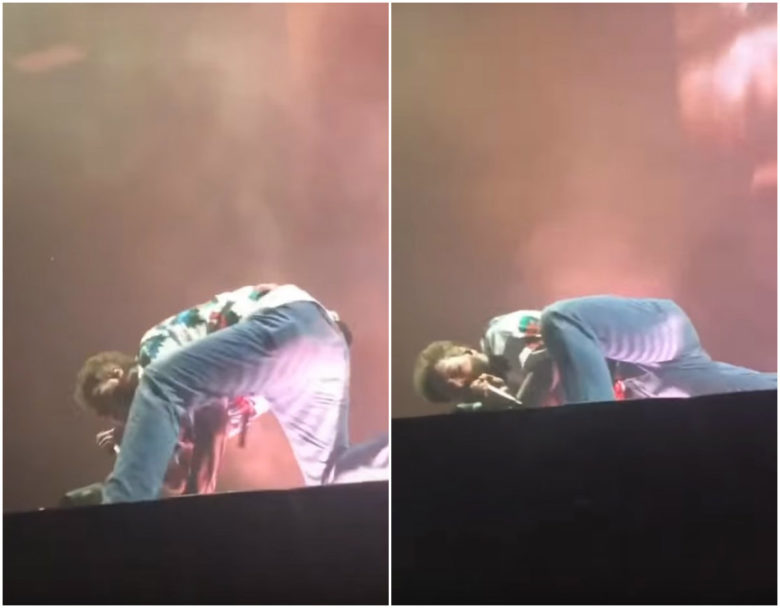 Besides his amazing vocal skills, the young hip-hop and country artist is famous for his countless tattoos and his love of the “rock star” lifestyle. Accordingly, many fans have shown concern that he went over the line with liquor and d**g abuse and was under the influence for this event.

Thanks for your concerns!??I’m sure I would have let you know if something was wrong! Falling while performing “I Fall Apart” guys??‍♂️

Following this controversy, he took it to social media, saying, “I’m not on dr*gs and I feel the best I’ve ever f**king felt in my life.” He claims it was all a part of the show.

Media and his fans are not really convinced, saying, “You can’t sit there and tell me that this is normal behavior from Post, it’s not and the man needs help before something bad happens to him.”

post malone has been acting strange and inebriated at his shows. ppl are fearing that this behavior is from drugs and alcohol. even if you don’t like post malone pls don’t cheer this on. he clearly needs help and ignoring it only leads to tragedies. remember amy winehouse. pic.twitter.com/8L428HzVQr

Another worried fan wrote, “Whether it’s alcohol or dr*gs, he’s not using them for fun anymore, he’s abusing them. It’s too much now, people are worried.”

Who Were the Guests of Diddy’s Most Epic Star-Studded 50th...