ECONOTIMES – 03/11/2020: The coronavirus is on the run. The only people who aren’t accepting this as the truth are Donald Trump and his administration. So far, the only thing they have done is downplaying the threat this virus is.

At the moment, the world is on the brink of a pandemic. The fear is spreading faster than the virus, but citizens have the right to be concerned. People are dying, after all. Trump’s administration is receiving criticism from all sides, but they still aren’t trying their best. Amid coronavirus panic, Trump decided to share a meme on his Twitter profile. 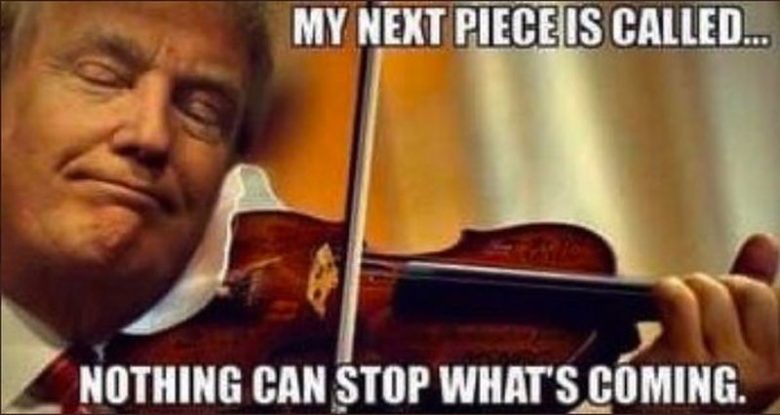 During the weekend, Donald Trump and his wife, the First Lady Melania Trump, were relaxing at his Mar-a-Lago resort in Florida. There, POTUS decided to spend some time on his favorite social media platform and what he did angered netizens.

Read Also: The US Could Lose Its Allies Because of Trump’s Coronavirus Denial

Mr. President retweeted a photo previously shared by White House social media director Dan Scavino. The picture in question shows Donald Trump playing the violin. Scavino’s photo was captioned with: “My next piece is called Nothing Can Stop What’s Coming.”

Upon re-sharing this post, Donald Trump added: “Who knows what this means, but sounds good to me!” At some other point in time, this photo could be considered funny or entertaining, but right now, it’s neither time nor place.

Who knows what this means, but it sounds good to me! https://t.co/rQVA4ER0PV

The photo can be referenced to Rome’s Emperor Nero and famous saying from that era: “Fiddle while Rome burns.” You can see why this is inappropriate in a situation America is right now.

As we said, many stood up to criticize Trump. Former FBI assistant director Frank Figliuzzi had this to say: “It means that playing golf while Americans die during an uncontained epidemic makes you look like Emperor Nero fiddling while Rome burned. The fact that neither you nor your social media director understand this meme and retweeted it makes you even more oblivious than Nero.”

Heidi Klum Wears a Pink Blazer to “America’s Got Talent”

Naomi Campbell Goes a Step Further in Protection From Coronavirus