Donald Trump Refuses to Wear a Face-Mask Despite CDC Recommendation!

Centers for Disease Control and Prevention recommends that all public employees, including those that work in Trump’s administration, should wear face-masks. The goal is that this way, effort to stop the spreading of the coronavirus, is supported by all.

Despite this recommendation, POTUS refuses to wear one himself. The reason is that he feels that his job doesn’t allow him to do so. Jerome Adams, who is U.S. Surgeon General, claims that wearing face-mask, or covering your face in some other way could prevent spreading this disease together with social distancing. 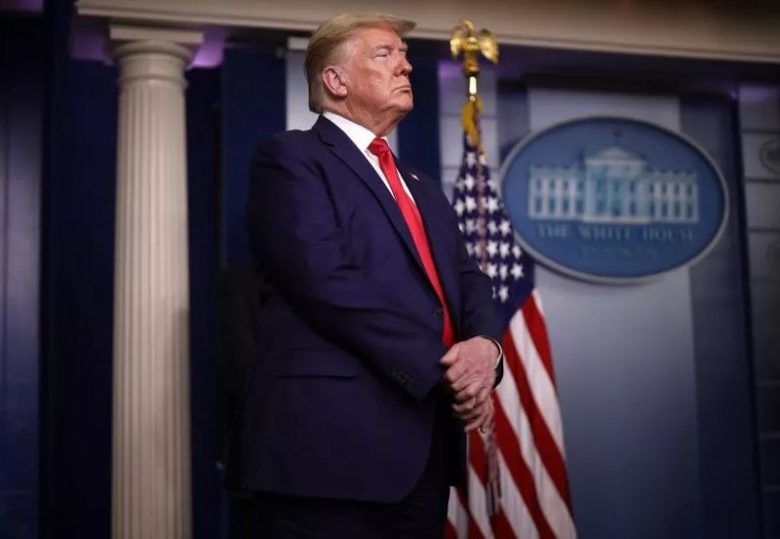 POTUS stated that despite understanding the recommendation, he would not be following it. In his words: “I just don’t want to wear one myself. It’s a recommendation they recommend it. I’m feeling good. “

This might look irresponsible, but Donald Trump has his reasoning: “Somehow, sitting in the Oval Office behind that beautiful resolute desk, the great resolute desk, I think wearing a face mask as I greet presidents, prime ministers, dictators, kings, queens, I don’t know. Somehow, I don’t see it for myself. I just don’t.”

In recent weeks President Trump finally started taking coronavirus seriously as the U.S. became the country with most people infected by this disease. And yet he still doesn’t wear the face-mask. There was a scare that he might be infected with COVID-19 but the results came back negative. Even after this, POTUS doesn’t change his stance on face-masks.

CDC further expanded its guidelines on protection during coronavirus. Now they suggest that people who do not have face-masks due to a shortage of them can wear any kind of cloth even when in open spaces.

Trump stayed by what he already said, but in the end, held to his positive demeanor and left the subject open: “Maybe I’ll change my mind. But this will pass, and hopefully, it will pass very quickly.”