The latest internet challenge is perhaps the most daring one yet. Since most people are spending time in quarantine, someone came up with an idea how girls can surprise their unsuspecting boyfriends.

In the videos, they wear nothing but towels and then record their boyfriend as they drop the towels in front of them, leaving them completely naked. Almost all boyfriends drop whatever they were doing and rush to their girls surprised and smiling. 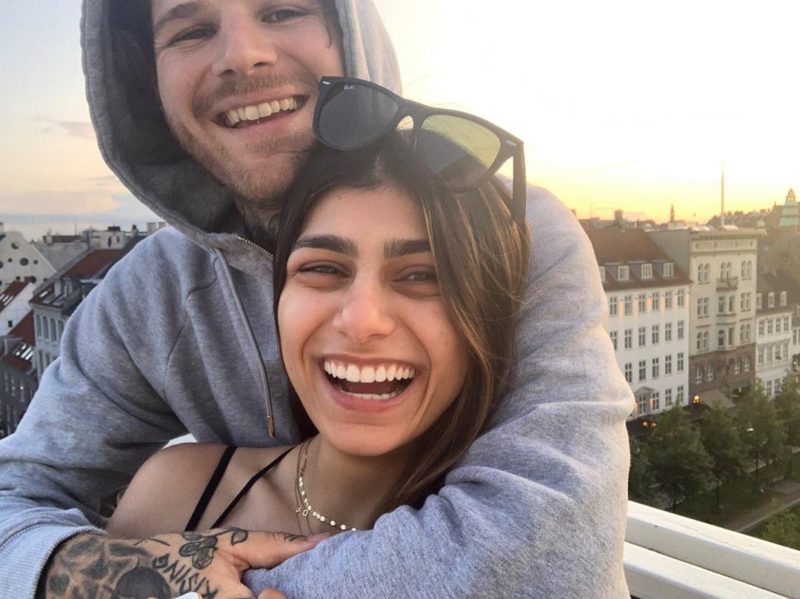 Former adult film star Mia Khalifa, 27, accepted the challenged and decided to shock her boyfriend who was working out in the garage at the time. She revealed it was the second time she has tried it, because the first time he had already went out to walk the dogs.

Robert Sandberg, 26, the famous chef, is Khalifa’s boyfriend of several years. When Mia entered the garage naked and he saw her, he dropped his weights and smiled with joy. The caption of her TikTok video reads, “I love him so much!” Her video almost has 11 million views, and she has more than 5.4 million followers on TikTok.