EXPRESS – 05/09/2020: Ivanka Trump breached a protocol, and she was lambasted for it. But, there are those who are willing to stand up for the first daughter despite her mistakes. After breaching a specific protocol, Ivanka got a surprising ally.

During a 2017 G20 summit, Ivanka Trump sat in for her father, which caused a lot of controversies. This move was considered as a breach of protocol, as Ivanka is President’s daughter, and this crossed the line between business and family matters. Furthermore, it was deemed that Ivanka is not suited for this type of duty due to her lack of experience in foreign policy matters. 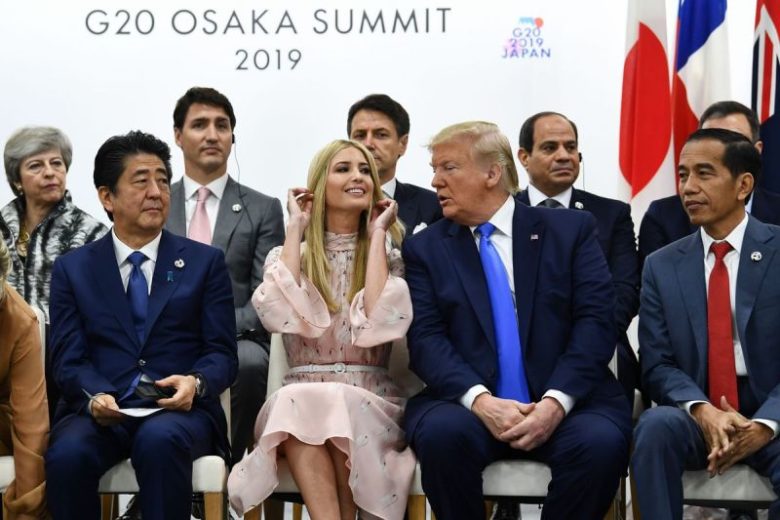 Many people condemned this move by Ivanka Trump and resented to her father that he brought his family in the White House. Former United States ambassador to Russia, Michael McFaul, who worked there as a member of Barack Obama’s administration, tweeted: “This is strange. Very strange.”

But, not everyone was judgmental. Ivanka was supported by no other than German Chancellor Angela Merkel. Ms. Merkel said: “Ivanka Trump was part and parcel of the American delegation, so that is something that other delegations also do. It is well known that she works in the White House and is also engaged in certain initiatives.”

Another person also was supportive of Ivanka Trump. It was, of course, her father, President Donald Trump. POTUS tweeted: “When I left Conference Room for short meetings with Japan and other countries, I asked Ivanka to hold seat. Very standard. Angela M agrees!”

Surprisingly, Trump and Merkel agreed on this matter, as in the past, POTUS was were critical of Germany and Merkel’s leadership. One of the most memorable things Trump said about Merkel is: “Hillary Clinton wants to be America’s Angela Merkel, and you know what a disaster this massive immigration has been to Germany and the people of Germany.”