EXPRESS – 14/02/2020: Donald Trump and Melania Trump are heading to India for an official visit. Both of them stated that they are ‘excited,’ but not everyone shares their sentiment.

This visit is the first time in five years that the President of the US is going to this country. There are no available details regarding Trump’s visit, but it’s believed that the journey will start at Ahmedabad. There will be a rally in Trump’s honor, which will be co-hosted by Indian Prime Minister Narendra Modi. The 45th US President can expect a huge crowd. 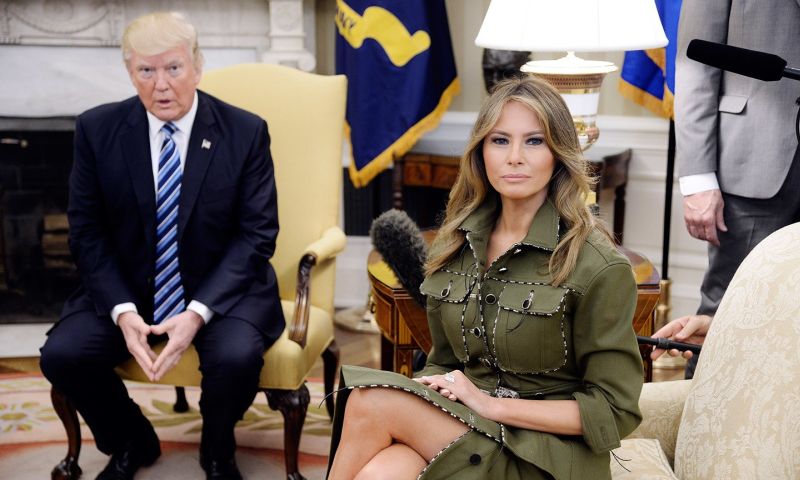 Other places the presidential couple is going to visit include New Delhi and Agra. After visits to these three cities, they are expected to return to the States.

The First Lady is excited for a diplomatic visit to one of the world’s most exotic countries. Because of this, she decided to share her excitement with her Twitter followers though her @FLOTUS account. But, while in a rush to do this, she forgot how to spell New Delhi. The First Lady wrote:’Looking forward to visiting Ahmedabad & New Dehli later this month. @POTUS & I are excited for the trip & to celebrate the close ties between the #USA & #India.’

Netizens were quick to notice this, Melania was under fire in no time. They were harsh on the First Lady. One Twitter user stated that this situation is embarrassing. Other pointed out that Melania should first learn how to spell words, and then to embark on travels. The third spelled New Delhi word by word stating that the First Lady should stay there.

Thank you @narendramodi for the kind invitation. Looking forward to visiting Ahmedabad & New Dehli later this month. @POTUS & I are excited for the trip & to celebrate the close ties between the #USA & #India. https://t.co/49LzQPiVLf

Donald Trump has business ventures in India. There is a Trump Tower located in Mumbai. Outside of America, Trump’s most significant economic operations are in India. Before being elected President of the US, Trump owned sixteen properties in this Asian country. Since entering the White House, Trump’s ventures in India are led by his sons, Eric and Don Jr.