EXPRESS- 02/14/2020: Meghan Markle and her husband Prince Harry renounced their Royal titles. Now media pundits believe she could try her hand in politics. Not only that, they believe that former Duchess of Sussex has a shot at the US Presidency. Donald Trump did it, so why not?

She’s given serious chances of becoming the US President by the year 2033. People are already ready to put not only their word on her but also their money. It’s believed that she could enter the presidential race in the coming years, and stand shoulder to shoulder to the likes of Donald Trump, Barack Obama, and Bill Clinton. 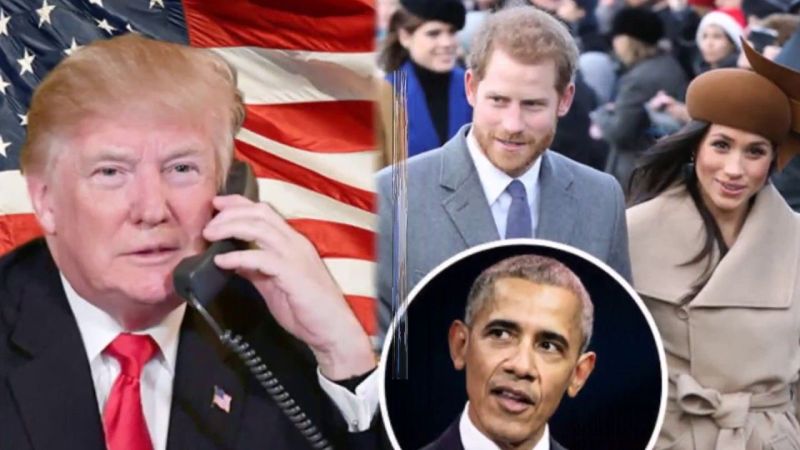 Now, the chances of this happening aren’t all that great. But, weirdest things happened. Her husband is a member of the Royal family, and she is close to the Democratic party. Furthermore, she’s not a fan of Donald Trump. Because of this, some people believe that she could enter the presidential race as early as in 2024. Besides, she’s also close to the former US President Barack Obama and his wife, Michelle Obama.

Her feud with the 45th US President Donald Trump is already public. In the past, she called him “divisive” and “misogynistic.” At the same time, President Trump called her “nasty.” During the 2016 presidential race, Meghan was supporting Hillary Clinton, while at the same time as opposed to Trump and what he represents.

If Meghan Markle decides to run for office she could receive sponsorship from such people as Barack Obama and Hillary Clinton. This kind of support would immediately make her a top Democrat candidate.

All of this became possible because Duke and Duchess of Sussex decided to leave the Royal family. Unlike before, Meghan is now allowed to participate in political matters. The way things stand now, this could be something she will seriously pursue.

Melania Trump Wears a Pencil Skirt for Her Latest Outing